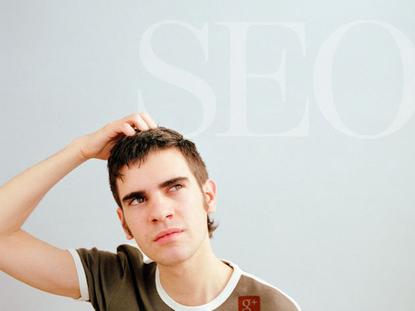 SEO Implications Are Unclear
The near unanimous opinion and perception among industry watchers is that Google gives prominence to content on Google+ in its search results. Whether that's true or not matters less than what most people believe to be true already. Google has done a poor job of allying these fears and, as a result, Google's social network is viewed as more of an SEO necessity than a valuable tool. Marketers will tell you that Google+ delivers on both counts, of course, but the network would undoubtedly benefit from a more positive explanation of its role and value for SEO rankings. Meanwhile, Google has made a major shift on this issue and now unequivocally denies that Google+ is being used to boost search results.

Display advertising and Facebook are significantly undervalued in most current advertising models while search is overrated, according to new research from Datalicious.

The data analytics consultancy’s report, Media attribution: Optimising digital marketing spend in Financial Services, sought to look at how key marketing channels performed when a multi-touch attribution model is applied. The results challenge the validity of last-click methods and the industry’s reliance on click-through results as a key metric for advertising success.

The research was developed by Datalicious over a five-month period and based on a sample size of 702 million media touchpoints across 104 million purchase paths and 75,000 conversions. Seven financial services brands were involved: Suncorp, AAMI, APIA, Bupa, Aussie, St George and GE Money. Facebook commissioned the research but was not involved in the data collection or development of the methodology.

The report claimed display advertising and Facebook were both significantly undervalued in a last-click attribution model, and showed the revenue credited to both increased by 830 per cent on average using a multi-touch attribution model.

According to the study, the more ad impressions consumers are exposed to without leading to clicks through both display and Facebook, the more likely they are to convert. Datalicious found an uplift in conversion rate of over seven times for both channels.

In addition, display retargeting chalked up an even better performance of 2371 per cent, although the report authors warned this was in part because these channels had not received any credit in a last-click based attribution model.

In contrast, the revenue credited to paid and organic search (SEM and SEO) remained constant or decreased slightly in a multi-channel attribution approach.

Datalicious said the multi-touch attribution model employed in the report used logistic regression to assign custom conversion credits to every campaign touchpoint along the purchase path depending on its relative importance in driving conversions. At a very high level, logistic regression is a statistical approach that estimates the probability of an event occurring and assigns different odds ratios to interdependent but distinct variables making up that event.

Search is the most common customer touchpoint just prior to purchasing a financial product online, meaning the majority of conversion is usually credited to search in a last-click model.

“However, in reality there are more channels than just search involved in driving a conversion,” the report stated. These have an impact further up the purchase path by influencing and building awareness, but aren’t always reflected directly in a direct response.

“Specifically, channels such as display advertising that help consumers realise a need by building awareness and stimulating research, which ultimately result in a search,” the report stated.

“Paid search can no longer claim credit for most of the generated revenue and has to start sharing with other channels such as display, that previously were not able to claim revenue due to an inaccurate measurement approach.”

Datalicious CEO, Christian Bartens, claimed the study was the largest of its kind and should trigger a rethink around how brands allocate online advertising budgets. In particular, it should help the industry rethink its reliance of pure click-through rate metrics to judge creative performance.

“This shows that a better understanding of what prompts people to buy is vital in driving improved return on advertising spend and can even create a long-term advantage over competitors,” he said. “For many brands, taking a better look at their return on advertising spend by embracing a multi-touch attribution method will see a radical shift in the way they spend their money.”

Multi-touch attribution helps identify the roles different channels play in the path to purchase, which is invaluable in developing an efficient, scalable and profitable digital media strategy, Bartens added.

She pointed to a recent study conducted by the association, which showed only one-quarter of buyers are using multi-touch attribution analysis and still put too much weight on last click or clicks overall.

“This study shows a positive impact across the variety of digital ad channels that were used and will help marketers to start optimising campaigns based on creative exposure as well as any direct interaction,” she said.