After a lot of buildup, IBM Watson is now open for business. 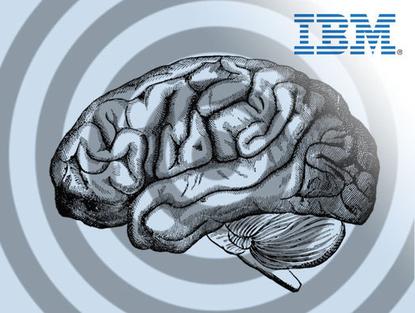 IBM: Enabling Smarter Healthcare
IBM's Watson supercomputer can be used in many verticals, but healthcare arguably gets the most attention. So much medical data, from patient history to physician notes to medical journals, remains unstructured, making it difficult for machines to interpret it. Watson's capabilities, recently dubbed cognitive computing, can parse data, combine it with treatment guidelines and the latest medical studies, to suggest and score potential diagnoses — or even, some hypothesize, to cure cancer.

In addition, IBM's Smarter Healthcare initiative (part of its Smarter Cities project, itself part of the Smarter Planet) seeks ways to incorporate that insight into collaborative, patient-centered care processes as a means of emphasizing wellness and prevention, not sickness.

IBM Watson, apparently not content with its Jeopardy winnings, is looking for work. After a lot of buildup, Watson Analytics, the natural language business intelligence tool based on Big Blue's famed AI, is now available in beta under a freemium model where it's free to get started -- but the really powerful analytics are going to cost you.

That "natural language" part is the key to how IBM sees Watson Analytics differentiating itself in a crowded cloud-delivered BI market defined by startups and big players like Birst, Anaplan, Tidemark, Salesforce Wave and Microsoft. Ask Watson Analytics a question like "Which deals are likely to close?" or "What employees are likely to leave the company?" and it pops up some shiny visualizations with graphs and charts and other good tidbits of data. It's based on the same language processing that let Watson understand Alec Trebek on Jeopardy in the first place.

That simple approach makes it easier for anybody in an organization -- not just a data scientist or an IT guy -- to ask questions and get answers in real time. It's supposed to take the pain out of processing complex data, making predictions, testing assumptions and telling stories without a lot of hassle. Because it's web-based, it works on just about any device with a browser -- making it handy for field workers.

As for data ingestion, it can take in data from basically anywhere, with Salesforce, Google Drive, Box, Oracle and, of course, IBM connectors already available. As with any analytics cloud, the more data you put in, the more data points Watson Analytics has to draw from and the more valuable the insights -- at least, in theory. Prominent statisticians like Nate Silver have been warning against data overload, under the precept that not all data is created equal.

In short, beware of more signal than noise.

IBM's moving into a crowded market that's only getting more so. Everybody wants to be the vendor that provides people outside the IT organization with better visibility into their own data, but differentiation is a tremendous challenge. IBM has a big advantage with a recognizable brand -- and Watson definitely makes a better company mascot than HAL 9000.

It's free to get started, but this is your obligatory reminder that it's still in beta, and things that are free today may be paid tomorrow. IBM likely has Watson Analytics in beta for the same reason Google kept Gmail in beta for so many years: It wants the freedom to change up the platform, even though it's definitely ready for prime time.

IBM claims that 22,000 people are already signed up on the platform. And if you give Watson Analytics a shot, let us know in the comments whether Big Blue's artificial intelligence has what it takes to compete in business intelligence.