Former Simplot CMO will report into Daniel Bracken, chief of marketing and merchandising 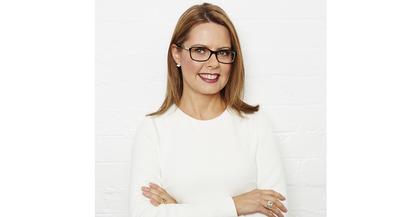 In a statement, Myer chief merchandising and marketing officer, Daniel Bracken, said Lordsmith will be focused on building out the department store’s new brand position, which was introduced through the new ‘find wonderful’ mass media campaign in October.

“Tara’s strong marketing background, including senior roles at Simplot and Cadbury Schweppes, along with her considerable brand strategy and consumer insights experience, will add significant strength to our marketing team,” he said.

Lordsmith joins Myer in mid-January 2015. She becomes the first dedicated general manager of marketing to be appointed since Megan Foster, who was promoted in August last year to MD of Myer-owned brand, sass & bide. However, Foster quit the role just four months later, and left Myer in August.

Lordsmith was previously the general manager at Simplot and spent nearly 10 years with the group in senior marketing roles. After resigning from the group in November, Lordsmith launched her own marketing business, Lordsmith & Co, assisting CEOs and boards on transformation projects.

Prior to Simplot, Lordsmith held roles including marketing manager of foods and strategy manager for A/NZ at Cadbury Schweppes over the course of eight years. She is also on the board of directors for the Australian Marketing Institute (AMI).

Lordsmith’s appointment at Myer comes six months after the department store appointed Bracken to the newly merged role of chief of marketing and merchandising as part of a swathe of new senior executive roles.