Qantas will make a decision shortly on a replacement for executive manager of brand and marketing, Tim McColl-Jones, after the leading marketer resigned last week.

In a statement to staff on Friday, Qantas’s group executive, brand, marketing and corporate affairs, Olivia Wirth, said McColl-Jones had made the decision to relocate back to Melbourne to spend more time with his family. 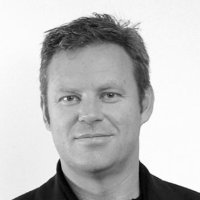 His resignation comes after just a year with the airline, and only weeks after Qantas launched its new multi-million dollar brand campaign, ‘Feels like Home’. Before joining the airline, McColl-Jones was an executive director at Clemenger BBDO, and also held a region director’s position at M&C Saatchi.

“While at Qantas, Tim has lead his team on a number of projects in a difficult and challenging period for our business including the ‘It’s About’ campaign, the sponsorship of The Voice and the recent ‘Feels like Home’ campaign,” Wirth stated.

“He leaves with our thanks for his work and we wish him all the best for the future.”

Wirth said Qantas plans to announce a replacement for this role shortly. In the interim, Tim’s direct reports will report directly to Wirth.