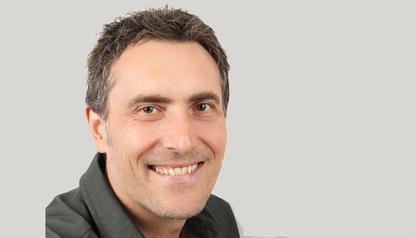 As anyone who has renovated a house may attest, no matter how good the starting point is, it takes more than a new coat of paint to get results. For Jon Satterley, the task of digitally renovating multi-faceted Australian entertainment company, Village Roadshow (VRL), started by pouring new foundations.

Satterley joined Village Roadshow just over two years ago as group director for digital development with a mandate to ‘get digital right’. His last job was in the New York office of Warner Music label, Roadrunner Records, heading up new media and business development.

But his first professional contact with the Internet took place more than a decade earlier, when he used it as a platform to create a marketing channel for Roadrunner in Australia, as the label’s hard rock and metal genre was being overlooked by the music industry press.

“Because of that, we had to carve a home on the Internet and use that as our primary marketing channel,” Satterley says. “While a lot of other businesses were thriving in traditional marketing channels, partly because of circumstance, we trained all out guns on digital. Even in the early 2000s, it was a sizeable part of our thinking.”

It was that hands-on, coal-face experience of digital at an executive level that led him to being approached by Village Roadshow.

Now two years in, Satterley is executing a strategy that will lead to a major shakeup of how elements of Village Roadshow interact with its customers across entertainment properties that range from DVD distribution and cinema exhibition through to theme parks.

“Doing digital isn’t about buying a website, and it’s not about bolting on a solution,” Satterley comments. “It’s a huge transformation. It’s actually about pouring new foundations.”

One area of focus is in the VRL division, Roadshow Entertainment, working to transition it from what has previously been a business for marketing and distributing physical goods (DVDs and BluRay discs) into one focused on connecting customers to any form of content.

“The music business didn’t do that quickly enough,” Satterley say. “It had to be sorted out for them. So how can Roadshow learn from those insights and move to something meaningful, and prevent disintermediation?”

“The core competencies you have as a physical distributor in a pure-play digital world mostly don’t mean much. Trucks and plastic is not the skillset required to move ones and zeroes around.”

One of his key ambitions is to shift Roadshow’s traditional model of marketing products over a set timeline (such as promoting films at the time of cinematic release and then again later when the home entertainment “window” opens) into a connected series of communications and insights that anticipate and respond to customers’ entertainment needs and wants.

“This is not about screen and the product, it is about content and the customer, and working on fusing the journey,” he says.

One of Satterley’s first decisions was to bring in digital marketing software from ExactTarget (now part of the Salesforce Marketing Cloud), which acts as a de facto CRM platform for the majority of Village Roadshow’s divisions.

ExactTarget will play a critical role in Roadshow and Village Roadshow Theme Parks’ ambitions to market the right entertainment experiences to the right people.

“We want to find ways to get more fun in front of the right person so that we’re not wasting our resources or wasting people’s time, and surface the thing that the person with a three-year-old wants, versus the teenager.”

While Satterley is well aware of the size of the task ahead of him, he believes transition will be eased by a senior management team that is willing to discuss and implement strategies of change.

“Our entire executive gets it,” he claims. “The challenge is, how you do it. It’s how you shift responsibilities and roles, bring new platforms in. And that mindset shift is a big deal.”