70 per cent of your marketing tests should fail, says head of Data@Ogilvy 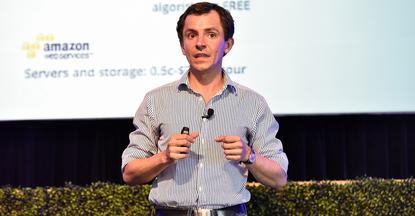 Marketers that aren’t constantly testing and failing 70 per cent of the time aren’t pushing hard enough to make their data-driven approach to customer engagement successful, the chief of Data@Ogilvy claims.

Speaking at the Data Strategy Symposium in the Hunter Valley, the agency’s CEO and managing director, Kuba Tymula, said the best way to achieve the ‘3Rs’ of customer-led marketing – recognise, relate and retain – is by commercialising the data an organisation has.

In order to do this, organisations need to tackle four key layers of operational change: Omni-channel customer engagement, technology, analytics and a test-and-learn culture.

The first step is ensuring a single, targeted message is delivered to consumers regardless of channel, and that recognises where they are in the customer journey, Tymula said. He claimed the problem today is that many brands are sending out different messages to customers depending on channel, or the team responsible for managing it.

“Brands need to start acting across the customer journey and pick up all the crumbs of data around that, in order to take people across that journey,” Tymula said.

In addition, most brand interactions for people come after they’ve purchased products, he said.

“Once a person becomes a positive advocate for your brand, they shouldn’t go through the consideration and evaluation purchase cycle, but instead a loyalty loop stage and a bonding stage,” he said.

Tymula advocated pulling data into 360-degree customer view, combining transaction history, service, campaign response, channel behaviour, and third-party data sources. Key to then serving the right message at right time from this data pool is analytics. Tymula said the aim needs to be to structure and analyse data in a way that closes a feedback loop.

“Be pragmatic – don’t worry about creating a Rolls Royce. A 20-year-old Corolla is going to get you from point A to point B, way faster and more successfully than building 15 per cent of a Rolls Royce.” To make data and analytics work, marketers need to have the right technology in place, such as marketing clouds and automation, to deliver in real-time and at scale, Tymula said.

“You can have the most targeted message created in the database, but if you don’t deliver on time, it won’t matter a jot,” he said. “If your emails don’t reach people at 1pm, which is the window of time you need to reach them in, that’s a problem.”

Tymula admitted the wealth of technology available to marketing makes this complicated. Even if marketers may have worked out what platforms are important to them, the CEO or CFO who sign them off, haven’t.

“You have to be super pragmatic in explaining to people what it is you’re trying to do before they agree to do anything,” he advised. “Technology really is a jigsaw puzzle. You don’t have to have the best thing out there, it needs to just work and work quickly.”

The fourth and arguably most important layer of Tymula’s data-driven methodology is getting the organisational structure right. For him, the best way of achieving this is by embracing a test-and-learn culture.

“You can have the greatest technology in the world, the best data analysts, and the best designed customer engagement strategies, but it won’t matter a bit if you don’t have the organisation right,” he claimed.

“My acid test for an organisation is a single question: How many tests did you run last week? Unless 70 per cent of all your tests are failing, you’re not pushing hard enough.

“In my experience, if you push to a point where 70 per cent of tests fail, then 20 per cent will continue getting your status score ROI, but that extra 10 per cent will make you a rock star.”

One of the inhibitors to a test-and-learn culture is that the people needed to make these activities happen are not sitting in the same room or city, Tymula said. They’re also not working fast enough, he claimed.

“You want to have a highly performing team that’s super-energised,” he said. “Unless you prioritise ruthlessly and based on data, you’re not going to succeed.”

A lack of prioritisation initiatives and risk averse culture are other stumbling blocks.

“No one likes failing; no one wants to tell their boss that the test they ran didn’t do that well, or that only two of 10 succeeded,” Tymula said. “That’s one message. What you could say is: ‘Those tests failed but they only cost me $2000, but those two succeeded and make a shitload of money.’”

While admitting it can take up to six months to start to see an impact from making a cultural shift in your organisation, Tymula stressed that success with data comes down to small, behavioural changes.

To illustrate the point, Tymula pointed to the ‘marginal improvement’ approach taken in 2010 by the manager and performance director of Sky Team Pro Cycling, Dave Brailsford, to improve Great Britain’s chances of success on the track. The idea was to make a 1 per cent improvement to everything that it was possible to improve, from changing pillows for athletes to swapping massage gels and reducing the weight of tyres by 12 grams. By 2012, team members had begun winning.

“Why is this important? When you take a 1 per cent gain to power of N, you start getting a geometrical curve, and more meaningful results up the curve,” Tymula said.

“This isn’t rocket science, you just need a program to make it [data success] happen. Your data might be beautiful, but if people in your organisation aren’t using it, what use is it to you?”