Why artificial intelligence is set to automate marketing

Machine learning is combining with big data to bring a new level of automation and sophistication into marketing and advertising. We find out how 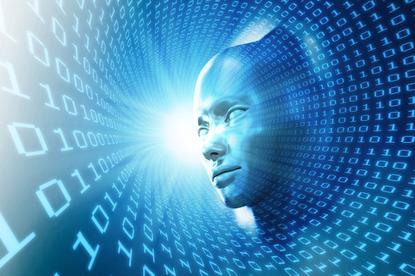 When a malfunctioning computer went on a homicidal rampage in Stanley Kubrick’s 1968 masterpiece, 2001: A Space Odyssey, it captured the imagination of a world barely conscious of the concept of artificial intelligence.

Computers long ago surpassed human beings in logic-based tasks such as computation. But it has taken much longer for them to even passingly mimic human beings in many of the chaotically-structured tasks that we undertake each day, such as interpersonal conversation.

So can artificial intelligence really contribute anything of value to a process as personally oriented as sales and marketing?

Thanks to the evolution of various artificial intelligence methods, machines are learning to learn from their mistakes and success, and fine-tune their performance over time. And that includes their ability to predict and meet the needs of everyday consumers.

US-based sales conversion software developer, Conversica, is using artificial intelligence at the heart of its technology for intelligently following up sales leads.

The company was founded in 2007 as AutoFerret.com by computer scientist, Ben Brigham, and initially managed leads for autodealers, before rebranding to Conversica in mid-2014. Its technology is now used to create artificial personas to represent brands, and follow up and qualify leads before handing them on to human sales representatives.

Vice-president of product management, Will Webb-Purkis, says Conversica has clients in sectors including education, insurance, financial services and technology.

“What we have is a system that does natural language understanding,” he said. “We are able to interpret the responses to emails that we are sending out, and these responses can come in basically any form.

“The persona can follow-up with the prospects to determine which ones are real, and actually have intent about learning more about a product, want to see a demo and want to get engaged, versus a student or a competitor or someone who us just doing information collection. And the persona can do that and have these two-way conversations through the use of artificial intelligence.”

Unlike auto-responders or chat-bots, Webb-Purkis says the Conversica technology can carry out actual conversations online, and is able to learn from the responses it receives. To date, it has sent out more than 50 million messages.

“We can train the AI to understand different questions and the responses to those questions, so it is a scalable system,” he says. “With Conversica, you are having a true conversation where the prospect has pretty no idea they are talking to Conversica, versus a real inside sales person who is trained to follow-up on a lead.”

The company claims to have assisted in more than US$7.6 billion in sales conversions, and Webb-Purkis says the quality of the experience is such that prospects often don’t realise they are communicating with AI. He also claims some personas have been asked on dates and offered jobs.

Webb-Purkis says that while Conversica is currently focused on sales conversion, the technology will work with any form of online customer interaction.

“Where there is a customer interaction and a conversation that needs to be started, the system will work very well,” he says.

Conversica is not alone in its desire to bring AI into marketing and sales. Californian start-up, Kahuna, has recently released a significant upgrade to its AI-based marketing automation, with impressive results.

The company was founded two-and-a-half years ago and has raised US$11 million in venture capital from tier one investor, Sequoia Capital. According to CEO, Adam Marchick Kahuna, it is working to help mobile marketers know exactly when and how to communicate with their customers.

“What we did was build a way for mobile marketers to send relevant, timely, personalised messages – but millions of them, and mostly automatically,” Marchick says. “Traditional marketing automation systems have a 1 to 2 per cent response rate. Our average response rate is 21 per cent. And I really want to get to 40 per cent.”

The key to Kahuna is its ability to constantly learn from the responses of consumers and tweak its message delivery to hit times where consumers will be most responsive. To date, it has processed more than 200 million messages for clients including Yahoo! Sports and Coupons.com.

Marchick says one of the common uses is retargeting users that have abandoned shopping carts.

“We start digesting all the different conversion behaviour, then start running thousands of tests in parallel to understand what their purchase preferences are, and figure out the exact right terms to send cart fulfilment messages,” he says. “We then automatically create a distribution curve and send the exact right amount of messages at exactly the right time.

”We are starting to automatically understand purchasing behaviour, and we automatically optimise when a user gets a message and what message they should get in order to increase conversion.”

To date, the company has focused on message delivery to mobile devices, but Marchick says Kahuna is already developing algorithms to send messages optimally to wearable devices.

“As wearables get more popular, what message is worthy of going to someone’s watch?” he asks.

Up next: Virtual assistance and Watson

Another common uses for AI technology is in intelligent virtual assistants. Alaska Airlines and the US Army, for example, use intelligent agents to answer Web queries, although these systems are not self-learning.

One company that has bought true AI to online services is Australian-based Cognea (formerly MyCyberTwin), which was acquired by IBM’s Watson group in May this year.

Read more: IBM Watson analytics preps the data so you don’t have to

Indeed, Watson is one of the technologies leading the charge to bring AI into marketing, focusing on a concept called cognitive computing, which sees Watson striving to understand the context within which interactions take place.

Interactive experience leader for IBM Australia, Ian Wong, says Watson is being used in a marketing capacity to analyse both client needs and their personality types to make more tailored offers. IBM is currently implementing this technology with clients in fields as diverse as financial services, mining and retail, including with outdoor retail specialist, The North Face.

“Let’s say I want to go on a trek in Patagonia,” Wong says. “What kind of gear will I want? What North Face will do is assemble the right merchandise – so all the gear that I will need – and understand my price-point sensitivity through analytics, and then make that offer to me.

“It is an adviser, but also takes that targeted advice and turns it into an offer.”

Wong says Watson is also able to take data from a consumer’s social media feed, such as their Twitter account.

“That physiological profile can be fed into Watson to say ‘this is the kind of person Ian is’, so this is the right camping gear for him,” he says. “What we are seeing here is a feedback loop that allows organisations first to understand the behaviour of their customers.

“You need a computer that you don’t program, but that learns to find the right optimisation moment to really drive that mutual benefit forward.”

Other examples of AI in action can be found within the largest online marketers, such as Amazon and eBay, which are constantly analysing online behaviour to make more targeted offers to individuals.

“That is what machine learning does,” says Dr TIberio Caetano, chief scientist at data analytics specialist, Ambiata. “What it does is look at results of past experiments and then analyses the patterns that differentially make people choose because of the offer.

“It is this notion of ‘I want to estimate what would have happened hadn’t I done what I did’.”

Getting the right data

Dr Caetano cautions, however, that AI is no silver bullet. Too often, organisations fail to use scientific principles when designing their marketing programs.

He says one of the most common is failing to exclude consumers who would have bought their product or service regardless of the program, or failing to take into account external factors such as weather, when measuring the success of campaigns.

“The tragedy is the bricks-and-mortar – banks, insurance companies and telcos, even retailers, where most, if not all, of the marketing activity is being driven, is not properly advised from a scientific standpoint,” Caetano says. “Therefore the measurement is wrong, and the learnings are wrong.

“What you need to do is proper experimental design. That is the first step in a marketing campaign.”

While AI has taken great leaps forward in recent years, there is still some way to go before it becomes ubiquitous in our lives.

According to AI specialist at NICTA, Toby Walsh, the technology has great potential across the whole width of marketing, stating from analysing data and machine learning across big or little data.

But he says there is significant debate in the AI community as to the role that computers will and should play, as there are still many tasks where computers struggle.

“Anyone who has interacted with Google Translate will know that computers still have a pretty poor understanding of text,” Walsh says.

“There is a lot of debate in AI as to how we can as a society engineer it so that people end up with better lives and more leisure time and more freedom to do interesting things. And that is a conversation for society as a whole.”