Visitors can experience memorial online if they can't make the trip to Albany, WA through a mobile-optimised website and innovative new content offering 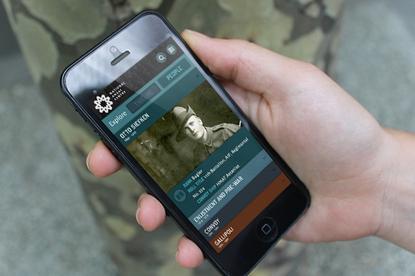 The Western Australian Museum has brought together the physical and digital experience consumers can have of its newly opened National Anzac Centre with a mobile-optimised website that interacts with the Albany, WA site.

Visitors to the centre receive one of 32 character cards focusing on real soldiers in the First World War. By scanning these in card readers throughout the Centre, the visitor receives customised content based on the experiences of that particular person in the war.

At the end of the exhibit, visitors are asked to leave a tribute or comment about their character’s experiences.

Aware that not everyone can make the trip to Albany, the WA Museum has also replicated the experience on a website, presenting all 32 characters’ stories in a digital format.

“It’s linked on a one hourly call to the physical site itself,” the WA Museum’s manager of digital services, Morgan Strong, told CMO. “Using Drupal API, anything that’s lodged either on the [website] or at the physical site as a comment feeds to one another. It doesn’t really matter where you are.”

More than 500 comments have been posted so far, and they are all viewable at both the website and physical location, he said.

The website was developed by external digital agency, Precedent, in parallel with the physical site over a 14-month period. Including the physical and digital components, the Centre cost $10.6 million and was funded by the state and federal governments.

The digital component was a “fundamental requirement” for the building of the Centre, said Strong.

“The underlying objective was that this story has to be accessible to everyone. That’s what drove every single decision that was made,” he explained.

The website, like the general WA Museum website, has been optimised for mobile. “We do that because, depending of the time of year, traffic is around 40 to 45 per cent mobile and tablet.”

“If you’re ignoring a market segment like that, you’re crazy.”

The WA Museum chose to design a website rather than an app for the Centre because it’s more accessible to more people, including older people who are less comfortable with apps, said Strong.

“If you have to download an app, it’s kind of a barrier.” In addition, creating separate apps for different mobile operating systems would have significantly lengthened development time, and platforms with smaller market share would probably have been left out, he claimed.

The Anzac Centre is not the first project at the WA Museum to make innovative use of technology. A recent dinosaur exhibit used augmented reality so that users could follow virtual 3D dinosaurs around the museum floor.

Strong said he has been following developments in virtual reality including the Oculus Rift headset and Google Cardboard.

“It’s a little bit clumsy in terms of how big it is around your head, but it certainly suits itself to certain experiences,” he commented.

The museum had looked at Oculus Rift as a possible way to simulate deep sea diving, for example, Strong said.

“When you do go deep sea diving, it’s very much like you are completely removed and your head is completely immersed in it.”

That’s just one of many digital projects the museum has been thinking about, Strong added. “There’s a massive backlog of things that we want do, it’s really just limited by the time and resources we have to do them.”