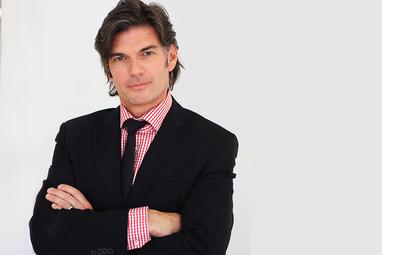 Sean Cummins was crowned 2014 Marketer of the Year at the AC&E Awards for his contribution to the marketing and advertising industry, and his work on a host of iconic Australian campaigns including ‘Best Job in the World’, Jeep Australia’s ‘Don’t Hold Back’ and Virgin Airlines’ ‘Keeping the Air Fair’.

ADMA CEO, Jodie Sangster, said the Marketer of the Year Award was open to client, agency and supplier professionals who have had an outstanding career and had demonstrated a strong impact on the industry.

She pointed out that while client-side marketing leaders may have taken the honours for the last three years, agency chiefs have been winners in the past and added both sides satisfy the award criteria.

“Perhaps it’s in the name of the award – it’s not about the best marketing program of the year but someone who has had an outstanding contribution to our industry,” Sangster told CMO.

Sangster also revealed plans to a Creative of the Year Award next year to highlight the contribution of creative leaders.

The Marketer of the Year award was one of several Pinnacle Awards presented during the gala ceremony, held at Sydney’s The Star casino.

See our pictorial slideshow of the night here

Also recognised with the Jon Clark Outstanding Contribution of the Year award was MercerBell’s managing director, Julie Dormand, for her career as well as contribution to the industry. Noted achievements include driving the development of ADMA’s Data Pass data management program, its 30Below program for young marketers, and her regular contributions as an industry speaker.

This year’s ADMA awards were overhauled and rebranded the AC&E Awards in order to better recognise the balance of creativity and effectiveness needed in modern marketing programs, ADMA CEO, Jodie Sangster, told attendees.

New awards categories created as part of the change were based around five elements: Customer experience, content, creativity, data and technology.

This year’s awards encompassed 38 categories in total, with winners selected in 34 of these. There were also 65 highly commended trophies handed out during the evening. The full list of winners is below.

Apps Penny the Pirate for Luxottica/OPSM by Saatchi & Saatchi

Most Effective Use of Content Melbourne Remote Control Tourist, for Tourism Victoria by Clemenger BBDO Melbourne

Data Strategy Thanks a Million for Telstra, by Lavender

Best Use of Search The Last Mile for Amaysim, by FirstClick Consulting