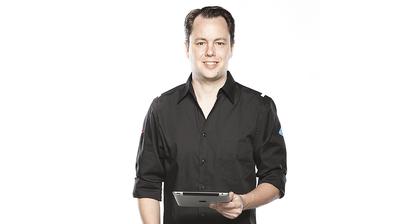 Domino’s Pizza has appointed its first chief digital officer (CDO) in a bid to accelerate growth in the online sphere.

Michael Gillespie has spent the past seven years with the Australian retailer in online marketing and takes up the CDO post immediately. The newly created role reports directly to CMO, Allan Collins, but Gillespie also has an executive leadership position within the group.

In an interview with CMO Gillespie said he will also work closely alongside the company’s group CIO, Wayne McMahon, as the business formalises its digital agenda and broadens capabilities online. The CDO role encompasses the A/NZ business plus Domino’s operations in Europe and Asia.

“It’s been a natural progression for this business to bring on the CDO role,” Gillespie said. Sixty per cent of the group’s overall sales today are now conducted online, and are as high as 80 per cent with some franchise stores.

Gillespie said his role will be balancing customer vision and what Domino’s wants to achieve in the digital space, with building roadmaps and strategy for the group. He said the company recently brought on a new digital marketing manager for A/NZ to support day-to-day activities.

“If you go back seven years ago to when we first entered the digital space, you can see we’ve been transforming ourselves into a digital retailer and the focus of digital has grown,” Gillespie said. “The next evolution is for this role to be on the leadership team.

“We’ve had great growth and this role will allow us to amplify that.”

In a statement, Domino’s CEO, Don Meij, said having a CDO was an obvious next step for a brand looking to retain its progressive approach to digital.

“Digital is a huge part of our DNA – it’s here to stay, it’s who we are as a business and the appointment of a CDO is a transformative role that is all about connecting different disciplines and different departments,” he said.

8 things CMOs should know about CDOs

“Michael has demonstrated strength and leadership in overseeing a full range of digital strategies for the business.”

On Gillespie’s short-term priority list are making sure Domino’s has transparency and consistent reporting in the digital space across all markets, as well as building a roadmap for how new features will be rolled out either simultaneously or progressively across markets globally.

Another operational enhancement on the cards is building GPS capabilities, and Gillespie said he’ll work to ensure any changes are as seamless as possible for customers.