Facebook: $US15 billion of WhatsApp's value is based on what it could be 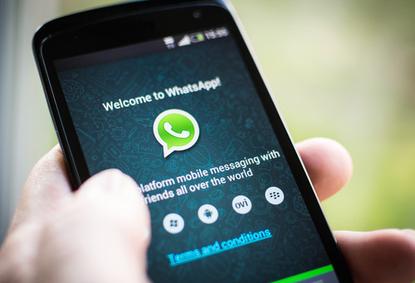 Facebook has revealed a little more about what compelled it to spend close to $US19 billion (AUD$21.6bn) earlier this year to buy mobile messaging service WhatsApp - a deal that had many scratching their heads at the huge sum.

Roughly $US15.3 billion of the price Facebook paid is attributed to "goodwill", according to a filing with the US Securities and Exchange Commission.

Goodwill, in business accounting parlance, generally refers to the excess in the purchase price of a company that cannot be attributed to any income producing businesses or tangible assets. In this case, it seems to represent what Facebook deems to be WhatsApp's potential future value.

The $US15 billion could be attributed to "expected synergies from future growth, from potential monetisation opportunities, from strategic advantages provided in the mobile ecosystem and from expansion of our mobile messaging offerings," Facebook said in the SEC filing.

$US15 billion in goodwill value certainly is, for now, intangible - WhatsApp generated a net loss of $US138 million in 2013, the filing said. Sales were a meager $US10 million, compared to Facebook's $US7.87 billion for the year.

Facebook's plans for making money on WhatsApp and growing the service are a longer term play possibly five years away, Facebook CEO Mark Zuckerberg said during a conference call with analysts on Tuesday.

WhatsApp likely has at least 600 million monthly active users, judging from a tweet posted in August by CEO Jan Koum. Facebook now has 1.35 billion users who log in monthly, it reported Tuesday.

Facebook's acquisition of WhatsApp officially closed earlier this month. As of closing the deal was worth around $US21.8 billion total, due to the higher value of Facebook's stock compared to its value at the time of sale.