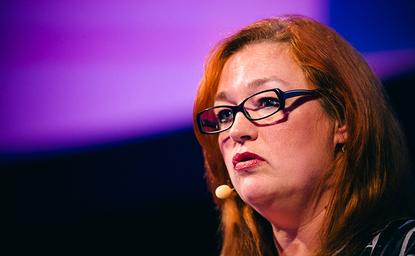 UK-based marketing leadership training outfit, The Marketing Academy, has launched in Australia, offering to skill up the next generation of CMOs, CEOs and industry leaders for free.

The leadership and mentoring program is designed to help train emerging marketing talent across brands, agencies and media as future leaders. The Australian Leaders Programme will run for nine months from February 2015 and will look to give 30 rising stars the opportunity to learn from a range of CEOs, CMOs, business leaders, leadership coaches and speakers.

The program, which encompasses 15 days of learning in total, incorporates one-to-one mentoring, leadership boot camps, executive coaching and a series of workshops and lectures, all of which are provided free of charge.

To be selected, rising stars must initially be nominated by their employer, then undergo a rigorous screening and interview process. They must have at least eight years of industry experience, as well been with their company for a minimum of 18 months. To arguably minimise any poaching, The Marketing Academy also withholds the right to cancel participation if a candidate switches jobs during the program.

Founder, Sherilyn Shackell, who officially launched the Australian Leaders Programme during the AANA’s Reset conference in Sydney, said The Marketing Academy exists to find and nurture future leadership talent from across the marketing industry and secure the next generation of business and marketing leaders.

While all training is free, Shackell said The Marketing Academy runs under a sponsorship model, with big-name brands covering the costs of operation. In Australia, sponsors include CommBank, Foxtel, Google and News Corp.

Shackell told CMO the not-for-profit organisation was hopeful of gaining the support of all related industry associations for the initiative. The Marketing Academy has already been endorsed by the AANA, ADMA, Media Federation Australia and the Communication Council.

While agreeing that skilling up the next generation of leaders is something every industry association should be focused on, she claimed it was the very fact that The Marketing Academy crossed every part of the marketing industry that made it a worthwhile initiative.

To ensure the right talent is chosen for the program, Shackell has devised a 20-strong judging panel incorporating both marketing industry figures as well as HR professionals. She highlighted the range of attributes judges will be looking for, including ambition and a commitment to self-development, authenticity and a demonstrated stability and commitment to a career in marketing, interest in a range of other endeavours including social, cultural, artistic and charity work, high emotional intelligence, and a natural curiosity.

“They must also be in a position to have significant influence in order to implement what they learn so both the individual and the organisation gets value from the program,” she said. “It is a lot of time that employers must be willing to give them to participate.”

Nominations have now opened for the inaugural 2015 Australian program, and close on 14 December. Those who finish then become part of The Marketing Academy’s global alumni community.

“As well as the skills, what these individuals come out with is a powerful community and network of movers and shakers, plus have met with leading CMOs and CEOs,” Shackell said. “They have a better sense of self.”

To support its local launch, The Marketing Academy has appointed former Nestle CMO, David Morgan, as its national ambassador. Shackell said Morgan will also be participating in lectures and sessions with candidates. The organisation has also appointed Emma Willox as its Australian program manager.

The Marketing Academy launched in the UK five years ago and now offers both the leaders program, as well as a CMO Fellowship initiative, developed in partnership with McKinsey & Company, and an Apprentice Program, providing a 12-month fully paid marketing apprenticeship scheme for 18 to 24 year olds in partnership with The Princes Trust.

To date, 369 people and 30 companies have contributed to the leaders program. According to the academy, every UK alumni member has been promoted since completing the program, and 16 have become marketing or board directors. Nine have also become CEOs.