Uni of Southern Queensland ramps up social and content strategy 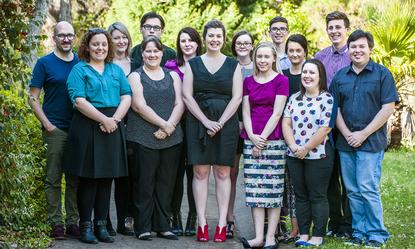 The University of Southern Queensland (USQ) has ramped up its social media strategy and launched a digital content portal as it looks to improve engage with prospective and current students.

In the past year, the regionally based tertiary institution’s digital team has grown its social presence and capabilities in order with a particular focus on communication and support. New initiatives have included the launch of a content marketing initiative, The Social Hub; a Pinterest identity; and an internship program for digital marketing students.

With 75 per cent of its total students coming via online, and a diverse range of young and mature-aged individuals to cater for, USQ executive director of marketing and student attraction, Helen Nolan, said social is an important mechanism to both demystify its product offering, as well as support students in an emotionally connected way.

Nolan joined the university two-and-a-half years ago and previously worked with the Australian Defence Force on recruiting. At the time she joined, USQ didn’t have a presence in social media.

“Our median age for students is 26 and they use all forms of social media for different purposes,” she commented. “It’s a great way to engage with them… it’s a way for them to get support and recognise they’re not the only ones in that position.”

One significant investment launched in July is the Social Hub, a digital portal based around aggregating content produced across the university. The site features blogs, videos, photos, infographics, cartoons and the student-produced HeyU digital magazine, a fortnightly publication that is up to its 16th issue.

Social Hub site users are able to filter by type of content, category and tags based on lifestyle factors.

“We are good at producing content, but we have to make sure it’s relevant and will be utilised by everyone in the appropriate format,” Nolan commented. As an example, she noted significant growth in YouTube videos with male students.

USQ’s social media activities are shared with its corporate website, which is driven by a Sitecore platform.

To support its growing online efforts, USQ kickstarted a digital marketing internship program 12 months ago and now has 10 to 12 current students working in the team at any one time in short-, long-term and contract positions. Nolan said this gives it access to much-needed resources, while giving the students an opportunity to develop professional skills for a full-time role in a team environment.

The institution taps into a range of content experts including videographers and designers to produce content for its digital channels. The team is headed by online marketing manager, Rebecca McSwiney, who was recognised by the Australian Marketing Institute (AMI) in 2013 as a Future Leader and was also a finalist for ADMA’s Young Marketer of the Year.

The USQ’s online and content marketing efforts have earnt it several awards in recent months including the Australian Marketing Institute Queensland’s 2014 Marketing Excellence Award for content marketing, and the Content Marketing Institute’s 2014 Gold Award for Best Education Publication, as well as an honourable mention for Best School/University Publication. It was also recognised by the Association of Commonwealth Universities.

“One of my briefs was to take the marketing team to a whole new level with regards to strategy,” Nolan said. “We’re in a very competitive environment, and deregulation is on the radar. We need to connect with students in a more sophisticated way.

“Digital makes it easy for us to track it, see opportunities and it’s a natural evolution for us. I like to think we’ve broken a lot of ground in social media.”

The next step for USQ is to combine data from its social channels into the back-end website platform, as well as its core CRM system. The initial focus has been on understanding the types of content most attractive to people and prospects, Nolan said.

Alongside its social efforts, USQ is increasingly working to personalise email communications to students.

Nolan admitted it’s early days for social, and said the metrics used to understand its success are largely based on awareness at present. However, tracking social activity through to conversion is high on the radar.

The online marketing team’s to-do list includes refining lead generation through social media, proving conversion from social media and email campaigns to CRM, and tightening up event attendance data with these other assets.

“The market is very complex and there could be four to 10 touchpoints between a person becoming a student,” Nolan said. “We’re in the early days going from social to CRM to conversion and looking at the social relationship area [in the mix]. We know it’s happening, but we want more.”

As an example, Nolan said USQ has seen a 26 per cent increase in applications from year 12 school leavers this year, a significant achievement.

“In the past, it was about comparing yourself against other universities, but we’re beyond that now. We need to look at other service-based industries like tourism, telcos, and so on,” she added. “We want to be known for being on the leading edge and always trying to take it to the next level.”