The former Microsoft executive, who once worked as a CMO and product manager for brands including Nike, AOL and Jobfox and has invested in several Australian startups, will lead new mobile payments app 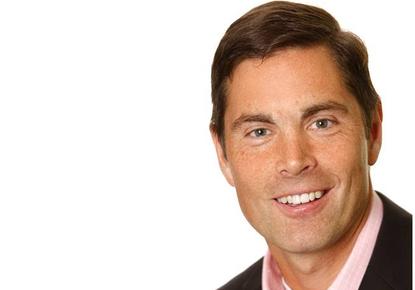 Forest has 16 years of digital experience working with global brands in the US, Asia and Australia including Nike and AOL’s Netscape.com and AIM businesses. In 2006, he became CMO of jobs site, Jobfox, before making the decision to relocate to Australia.

In 2009, he was appointed director of content and audience experience at ninemsn, where he managed MSN across the Asia-Pacific region. During this time, he was responsible for launching the Bing Apps via more than 50 media partnerships.

For the past six years, Forest has also been an angel investor in six Australian startups including DesignCrowd, RecruitLoop, XLabs, Posse and HeyLets. He now holds a minority stake in Clipp.

Clipp is a mobile payments app that replaces the traditional card-based bar or restaurant tab. It has been described as the Uber of bar tabs, allowing consumers to create a shared tab in the app linked to their credit card, where they can set and monitor spending and close off tabs at the end of the night. The app is supported by 270 vendors nationally, 200 of which signed on in the last six months, the company said.

Clipp’s launch coincided with Australia’s decision to switch from signature-based to pin-based credit card transactions. The decision has effectively eliminated the traditional bar tab method bars and restaurants, where consumers handed over a credit card and merchants were able to close a tab even if the patron wasn’t present.

By offering a mobile-based payments system, the app claims to both protect merchants as well as give consumers an easy way to manage their spending.

“I join Clipp at a time when the mobile payments space is beginning to heat up,” Forest said in a statement announcing his appointment. “I look forward to working with Greg [Taylor, co-founder] and the rest of the Clipp team to cement our position as Australia’s go-to mobile payments solution.”

Forest flagged a host of product enhancements and significant news is on the cards over the next year.

As part of executive change, Taylor will continue as Clipp’s chairman and said he will focus on the product and strategic partnership side of the company’s expansion plans.

“Todd has a proven track record of the right experience, knowledge and skills to take us into the next phase of our business,” he added.

“Aside from being one of the best digital executives, Todd is incredibly passionate about startups and I can’t wait to work closely with him to take Clipp to the next level.”