Accenture Intitute's MD for high performance IT research discusses the hype around big data analytics, how to build a diverse data analytics team; and why intuition remains an important decision-making tool 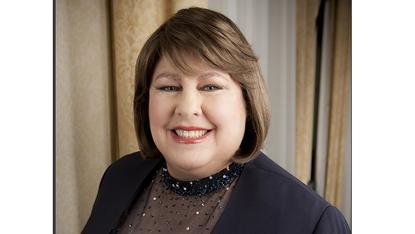 Big data analytics is not about replacing intuition; it’s there to give business leaders and staff the tools to ask smarter questions and be more creative.

That’s the view of Accenture Institute’s managing director for high performance information technology research, Jeanne Harris, who caught up with CMO during a recent visit to Australia to discuss the hype surrounding data-driven decision making, the make-up of a successful analytics team, and what organisations need to do in order to truly embrace data’s value.

Harris, who has worked in various roles at the consulting firm for 37 years, heads up Accenture’s business research team, which looks at the impact emerging technology trends will have on c-suite executives. Current areas of focus include the role of venture capital and Silicon Valley in furthering innovation, cognitive computing and data analytics.

As well as her research work, Harris has co-authored several books on data in leadership including Competing on Analytics: The New Science of Winning.

According to Harris, it’s only through recent innovations to technology, both in terms of sheer processing power and software tools, that we’ve been able to remove the barriers to undertaking data analytics at scale, and given leaders the ability to make decisions off the back of data.

“People forget managers trusted their gut not necessarily because they thought it was better, but because there was no other recourse back then,” she recalled. “But today, we have a generation of leaders who have always had laptops, Excel spreadsheets, and are used to having data. Their expectations are quite high about what data and information is available. We have people who see the art of the possible in a way we didn’t back then.”

But while she’s a big advocate for utilising data in decision making, what concerns Harris is that organisations will lose sight of how important human intervention and creativity are in the mix. She pointed to recent research undertaken by Accenture that found a correlation between high-performance companies that focus on both intuition and analysis, against those that don’t.

“I do worry that in our enthusiasm for analytics, people lose sight of the fact that the reason you need the smarter answers analytics can provide is because that in turn brings up smarter questions,” she said. “It’s not a binary choice between data and insight and intuition; it’s two wings on a bird – you need both to fly.

“You still need smart people, often guided by their intuition and expertise, and the previous answers they found, to point you in the direction of areas where you’ll get real value.”

Bridging the gap between analytics and the business

Having collaboration between analytics staff and all lines of business is a vital component in getting the right blend of intuition and data. As an example, Harris used the experiences of the former chief analytics officer for the City of New York, whose analytics team was tasked with predicting which buildings were potentially fire hazards across the city and which were at risk of being torched for insurance money.

The analytics team was having difficulties generating insights that would be accepted by building inspectors.

Why culture and data velocity are hindering your big data success

In this case, it wasn’t enough to just have an appreciation of each other – they needed to work together to find the right answers, Harris said. “The analysts had to learn how intuition really operates,” she claimed.

To do this, analysts were encouraged to ride alongside building inspectors to distil certain ‘hunches’ and then apply these in their data modelling.

“There was some logic behind what the building inspectors were saying,” Harris explained. “For example, with one building the analysis had predicted was at risk… the inspector noted that it had just done some tuckpointing. Who would invest in that if they were about to set the building on fire? That’s a legitimate variable the analyst never would have found on their own.

“As a result, two things happened. The first was they got a better predictive analytics model; they also built trust with the inspectors so when the analysis came through again, the inspectors were likely to take it seriously. Little things like that make a big difference.”

This is one the one thing I don’t think people understand enough about analytics: The best analytical companies aren’t drones or uncreative; it’s the opposite

Harris said the best analytical companies in the world are about striking the right balance of art and science, intuition and expertise with analysis.

“This is one the one thing I don’t think people understand enough about analytics: The best analytical companies aren’t drones or uncreative; it’s the opposite,” she said. “They use analytics to be wildly creative and are much more experimental than other companies as they have a data and discipline that allows them to run an experiment.

“I’m not just talking about Amazon doing a button bigger on its website. I’m talking about real experimentation when you can go and try offering new products and services you can’t even imagine.”

Of course, many organisations aren’t yet sure how to successfully build data analytics capabilities in the first place, and have yet to formalise a central strategy.

Harris compared the rise of big data analytics to an “inkblot”, which starts in one part of the organisation and spreads throughout the business.

“When an organisation starts out, invariably one or a handful of managers get the idea to hire some people and squirrel them away in their organisation. It’s extremely decentralised and if you’re getting started with analytics, that’s fine,” she said.

“But once you start thinking about an enterprise strategy for analytics, you don’t want them to be wherever they happened to get hired, and have unequal pay scales and structures. You need to go through a rationalisation process.

“As organisations move to bring in more analytics, they will move to a hybrid model, or what I call a ‘hub and spoke’ model. We’re working with clients on the right operating principles and governance model for analysts, and how do we decide who gets centralised and who gets deployed, and ensure consistent salaries and opportunities.”

Harris noted one of the key things to remember about data analysts is that they do have peers and care they what they think, and they value intellectual challenges.

“This means giving them rotational assignments and giving them the most difficult data sets to work with. The only way to do that is with coordination,” she said.

Data analytics also isn’t about investing in one skill base. Harris is an advocate for diversity and recommends building a team with complement yet different skillsets.

“In the US, they call data scientists ‘unicorns’, which I don’t like – to be a good data scientist, it’s true you need a range of skills. But unicorns don’t exist; what really happens is that people take on small teams of staff that together, comprise a data scientist team,” Harris said.

And in the consulting group’s own skillset chart, it in fact advocates having five key roles to provide all of the above: Technology architect, data scientist, business analyst, visualisation engineer and data engineer.

“It’s better to have a team of people; you will get a better answer as people come at the problem in different ways,” Harris commented. “I’m absolutely convinced that you get better results when you apply different analytical techniques, not just software techniques, to the same problem.”

While the onus is on organisations to get better at managing these skillsets as a unified function, Harris admitted it also comes down to encouraging more students to study scientific, technology, engineer and maths subjects to build the right level of expertise.

The relationship between IT and business is another crucial element in ensuring big data analytics lives up to the hype and provides true business value, Harris said.

CMOs and CIOs still don't trust each other: Accenture report

“You have to make sure everyone is invited to the party – not just the CIO and CMO and their reports, but also these analysts, who might be sitting in entirely different organisation,” she said. “We need to get them together and working closely together.”