Marketing automation vendor says the funding will be used to expand its international market presence, which includes Australia 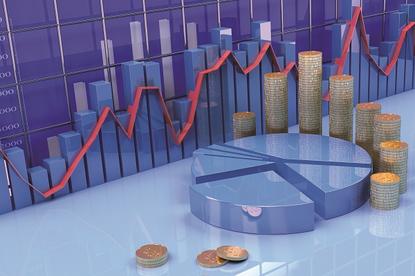 HubSpot’s long-awaited US$100 million (AUD$106.9m) public listing is expected to help the inbound marketing vendor step up its international game and has been welcomed by several industry experts as a milestone in the company's eight-year history.

But while its rise has been bright, and the listing highlights the growing importance of marketing automation solutions, there are questions about the company’s long-term position in the face of ongoing losses and even bigger enterprise vendor competition.

The marketing automation vendor filed a registration statement with the US Securities and Exchange Commission on 25 August for an Initial Public Offering (IPO) on the New York Stock Exchange. The company is looking to raise up to US$100m, which it says will fuel international expansion, particularly into Asia, pursue acquisitions, increase revenue from existing customers and improve its offering.

Described by some as the founding vendor of inbound marketing, HubSpot provides a centralised marketing platform that integrates marketing automation with search engine optimisation, lead and content management. The company has more than 11,600 customers globally, and is focused on the SME and mid-market, or companies with 10-2000 employees.

Like its B2B rival, Marketo, HubSpot is facing an increasingly consolidated market place as enterprise giants such as Oracle, Adobe, IBM and Salesforce look to shore up their positions and own the marketing technology platform stack. And with their respective acquisitions of rival marketing automation players Eloqua, Neolane, SilverPop and Pardot/ExactTarget, the question is this: Can HubSpot remain competitive as a standalone platform, especially given its SME and mid-market sweet spot?

In the last financial year, HubSpot reported total revenues of $477.6 million, a year-on-year increase of 50 per cent, and reported half-year revenue of $51.3 million in the six months to 30 June 2014. This represented a 46 per cent rise over the same period the year before.

One of the big areas of focus this year is growing its customer base outside of the US. As at 30 June, 20 per cent of its customers were outside the states and represented 21 per cent of total revenue.

Australia is one of these key markets, and Hubspot has revealed plans to open a local office in Q3. The Sydney-based location will be its third worldwide alongside Boston headquarters and Dublin, Ireland.

However, the company continues to file losses, and most recently reported a loss of $17.7m for the six months to 30 June.

IDC research manager for CMO Advisory, Gerald Murray, didn’t believe the IPO would be a market-changing event for HubSpot from a competitive standpoint. While he agreed it gives HubSpot more ability to build out its infrastructure, feature set, partner community and global installed base, the challenge will be profitability and its small to mid-size customer focus.

“The company’s business model is similar to that of Marketo’s, whose lack of profitability has been a drag on its stock price,” Murray told CMO. “As a public company, HubSpot will be under greater scrutiny from a broader set of investors that will want to see both revenue and profitability rise to drive the stock price on a quarterly basis.”

HubSpot itself is aware of profitability concerns, and highlighted its history of losses as a major challenge in its IPO filing documents.

“This development could have an adverse effect on our business, operating results and financial condition. In addition, sales force automation and CRM system vendors could acquire or develop applications that compete with our offerings. Some of these companies have acquired social media marketing and other marketing software providers to integrate with their broader offerings.”

Principal analyst and founder of Constellation research, Ray Wang, took a positive view of Hubspot’s planned IPO as helping the company differentiate itself in the competitive marketing automation space. The funding will also help the company expand outside its North American core as well as invest in more industry verticals, he said.

“Today on the high end, Global 2000 companies typically look to Oracle’s Eloqua, Marketo, and SalesForce ExactTarget. The proceeds from the IPO are key as the market is very competitive and Hubspot has an opportunity to move up market from SMB to large mid-sized companies,” Wang commented.

Murray believed the “trick” for both HubSpot and Marketo in an increasingly consolidating marketing automation space is to up the ante on growing their customer numbers and keep them.

“HubSpot has a loyal and enthusiastic customer base, but it is in the small to mid-sized business segment, which lowers the overall revenue per customer compared to companies like Eloqua/Oracle, whose customer base is more weighted towards large enterprise accounts,” he said.

“That makes HubSpot’s profitability play a long-term proposition and that may cause some friction with the financial market that is geared to short-term performance.”

In its IPO filing, HubSpot noted current and potential competitors could have significantly more financial, technical and marketing clout to build their global customer base.

“As a result, these competitors may be better able to respond quickly to new technologies and to undertake more extensive marketing campaigns,” HubSpot stated.

Chiefmartec blogger, Scott Brinker, saw only good news in the announcement, adding that HubSpot had already cemented its unique role in the marketing technology space by “creating the ínbound school of marketing”.

Brinker nevertheless saw a potential merger in HubSpot’s future, and predicted Google as a likely buyer.