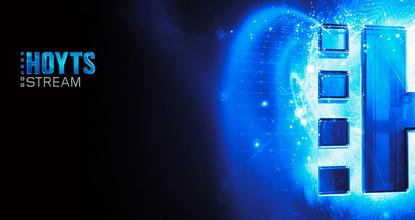 Hoyts Entertainment Group Australia has confirmed the departure of its chief marketing and digital officer, Crispin Tristram, as one of several redundancies made across the business.

According to a report on IF magazine, Tristram was one of 20 redundancies made across the business as part of an ongoing restructure. Other executives to depart include chief operating officer, Matthew Liebmann; director of programming and long-serving employee, Frank Perikleous; and general manager of digital content, Linda Hickey.

Tristram was with Hoyts for nearly two-and-a-half years and responsible for its digital strategy, consumer marketing, customer loyalty programs and home entertainment division including its DVD business. He was also a key player in the company’s proposed video on-demand subscription platform.

A Hoyts spokesperson confirmed the redundancies followed the company’s decision to put its Hoyts video streaming product on hold. The changes also come just over six months after Hoyts appointed former Val Morgan chief, Damian Keogh, as its new CEO, and while the company prepares for an IPO later this year.

“A couple of months ago we decided not to proceed with the launch of our Hoyts Stream product after we assessed this initiative in the context of our forward growth strategy, our investment priorities and the current competitive market dynamics,” the spokesperson told CMO.

Many staff involved with the project have stayed on with in the Hoyts Kiosk business or existing Cinema Technology Group roles, the spokesperson said.

“However it is true we had some valued team members finish up their roles with us as a result of this decision,” the spokesperson said.

Hoyts announced plans for an IPO in April. According to various media reports, the company has appointed investment bank, UBS, as financial advisors to assist with the public listing. The value of the float is estimated at about $700 million.

The Hoyts Group is currently owned by Pacific Equity Partners.