Why is Facebook, and more recently Twitter, delivering results in mobile advertising while others struggle? Experts weigh in. 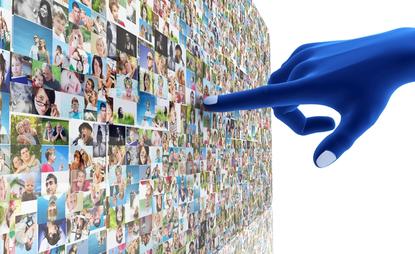 For digital marketers, the road to riches on mobile screens has been long and riddled with holes of divergence. But the pursuit, which harkens back to the pre-smartphone era, has gotten more promising thanks to social media.

More than 60 percent of the US$6.8 billion expected to be spent on social advertising in the U.S. this year is controlled by Facebook, Google and Twitter, according to eMarketer. Overall, mobile advertising revenue in the U.S. is projected to grow to $58 billion and comprise 71 percent of all digital ad spending by 2018.

Why is Facebook -- and now Twitter to a lesser and more recent extent -- doing so well in mobile advertising while most others continue to struggle? Mobile advertising is on course to comprise 68 percent of Facebook's revenue and 84 percent of Twitter's by year's end, according to eMarketer.

Are they doing something different or are their platforms so unique and powerful that no advertising network or ad technology could possibly contend with?

Mobile Advertising Has Arrived on Social

"There is no question mobile has arrived -- it's here, it's big, it's growing," says Lars Albright, co-founder and CEO of the mobile loyalty platform SessionM. "The bottom line is it's working."

Mobile advertising went through various formats and implementations before it reached the scale now enjoyed by Facebook, Twitter and Google. This last leg of innovation, which is now paying off for marketers and advertisers, has been all about the granularity of targeting that these platforms can bring to deliver a successful transaction or sales conversion, says Albright.

"They have so much scale in mobile now that they're able to do targeting to clusters that are meaningful," Albright adds. Now they can take that top-level targeting and go much deeper... All of a sudden you start to get much more focused, and even though you're so much more focused you still have the scale that you can deliver meaningful results. So having that big audience, then having very detailed information and that relationship is where you're seeing things separate."

That direct relationship with users coupled with all the data and behavioral traits gleaned from their social activity makes all the difference.

"Traditional networks, as they are, are the ones that are really going to hurt here because they don't have that first-party relationship with the consumer... That's one of the key differentiators to bring to marketers," says Albright, who previously founded Quattro Wireless, a mobile ad network that was acquired by Apple in 2010.

"This isn't growth obviously in usership, because we knew consumers were accessing these platforms on mobile. It's the turnaround in getting the advertisers to follow the users and get them more comfortable advertising on mobile platforms and through mobile media," says Altimeter Group analyst Rebecca Lieb.

History Repeats Itself on Social Ads

"What I do see happening is something that we saw happening 15 to 20 years ago at the dawn of digital, which is that all of these users were rushing towards the Internet and advertisers were very tardy in following them. Even though we knew it was where people were it wasn't where advertisers' skill sets were, comfort zone, understanding best practices, all of that stuff that has to grow up around new platforms," Lieb says.

"I'm fond of saying that just because television was invented one day, it doesn't mean the 30-minute sitcom came along a week later. I think we're seeing that happen with mobile -- it's there, the users are on it, what do we as advertisers and as marketers do with it?" Lieb says.

Direct marketers are leading the charge in social advertising just as they did in the early days of online. "But in order to really monetize platforms, you need brand advertisers. That's where the money is you know, the CPGs (consumer packaged goods) and the automotives of the world," says Lieb.

"People tend to go on Facebook and mobile platforms the way that people use mobile a lot, which is kind of as a time-waster. You use mobile when you're in line, when you're commuting, when you're waiting for something. It's not what we all use when we're sitting at our desks doing our jobs," she says. "So it's about not being interruptive, it's about being informative and interesting. It's really a dimension of content marketing, which is the marketing of attraction much more so than it is the marketing of interruption."

Shifting dollars from online or traditional advertising to mobile has taken longer than most expected, says Albright. But the money is flowing now and it will continue to grow as the makeup of advertisers gets more diverse, he says.

Although it's taken Facebook longer than Twitter to earn the majority of its revenue from mobile ads, the company is leading the market by a commanding margin. Facebook's total advertising revenue increased 67 percent year-over-year to $2.68 billion in the last quarter. Mobile advertising comprised 62 percent of that stream.

Meanwhile, Twitter generated 81 percent of its $277 million in advertising revenue from mobile ads in the last quarter. Its advertising revenue jumped 129 percent from the year ago period while ad revenue per thousand timeline views doubled over the same period to $1.60.

Facebook's massive and unparalleled scale, which is almost five times that of Twitter, is leading to more revenue per user as well. The company earned $2.03 per monthly active user (MAU) and $2.50 from each mobile MAU from advertising during the last quarter. Twitter's ad revenue per MAU reached $1.02 while it generated $1.31 from each mobile MAU during its recently closed quarter.

"Facebook is older, it's wider and deeper and bigger. It has way, way more products and services. So I don't really think that that's a fair comparison," says Lieb.

"Facebook has got an advertising network, it's got mobile apps, it's got in-feed advertisements, it's got native advertising and brand advertising. There's just so much more there, and that's not an indictment of Twitter. Facebook's been around for a much longer time and is a much more multifaceted platform."

Those points of contrast between the two platforms may not be fair, but all's not fair in the cut-throat world of advertising. Marketers and advertisers have to deliver results, and Facebook and Twitter are competing for their dollars in an increasingly effective format on mobile.

"Facebook is the de facto king of driving installs at scale for developers," says Albright. "People would certainly think Facebook first for installs and if you're going with video and trying to attach it to some current event you're going to go with Twitter."