The future of marketing: Precognition, bots, and user agents 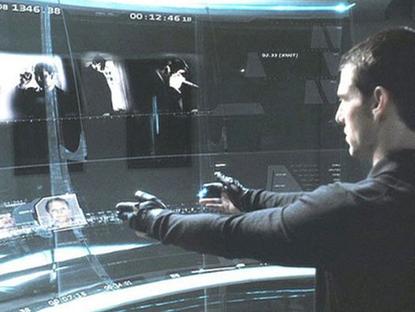 The movie 2002 Minority Report nailed what the future of CRM will look like -- but not in the scene you are probably remembering.

The scene everybody remembers has the Tom Cruise character walking through a department store where he is targeted, by name, by such brands as Lexus and Bulgari based on biometric readings taken from his irises. But the true bit of prescience in the movie is the specialized PreCrime police department's ability to predict who will commit a murder and then stop it before it happens.

A day in the life

To really understand this scenario, let's consider Ava, a consumer in 2039. She's not much for advertising or interacting with flashy brands -- ads for Lexus and Bulgari would basically roll right off her. She is more into sustainable living, farm-to-table food, support emerging market micro-commerce, and animal rescue -- not exactly topics or channels that today's marketers or companies can really reach. But in 2039 that will hardly matter.

Lisa Arthur, CMO for Teradata Marketing Applications, describes a day in Ava's life. She gets into her smart car and it asks if she wants to go to her usual round of stops that she makes on the weekend. Ava says yes and they drive to her favorite organic grocery store, which primarily sells small, local organic labels. She walks into the store, which recognizes her -- or at least her mobile or wearable device (the form factor of this device still a bit hazy from our 25-year view, but you get the idea). Instantly, it knows that she always buys a particular brand of bread when she is there. The store sadly informs her they are out at the moment and would she like to order some? Ava says yes and continues to shop.

While she's shopping, she sees several handcrafted items from artists in Africa and thinks they would make nice gifts for the upcoming holiday season. She presses her device against them, buys them, and at the same time has them shipped to the recipients. Ava won't have to schlep them home to package and mail them out later.

Then it's off to the gym, where the man next to her is rocking out to music on a pair of headphones that catches Ava's eye. He lets her try them out and she decides to buy them. Presto goes the device, but this time Ava isn't sending them elsewhere -- she has bought them for herself and they are waiting for her at home later that afternoon.

We see glimmers of this world here and there today, in such developments as predictive analytics, artificial intelligence, natural language systems, big data, and the internet of things. Networks, channels, and data will be integrated to the point where people can communicate and interact with brands and service providers like they were people on the street to whom you would say hello.

Judgments about consumers and potential consumers will be made instantaneously, based on an enormous amount of information, much of which comes from everyday objects around the house and in the store and workplace. As for actual voice or electronic or in-person conversions with customers, those will be few and far between. They won't be necessary: Like the specialized PreCrime police department in Minority Report, retailers and other service providers will just know.

"We'll be able to buy what we want when we want it, and won't have to endure ads for products that we don't want unless we want them," Arthur tells CITEworld.

But who would want ads in this miracle world of 2039? Actually, probably a lot of people, because ads are going to evolve more and more into what is today known as sponsored content, Arthur also predicts. They will just be smarter and savvier, like the consumers in 2039 will be.

The back end view of this world is equally as interesting -- and also can be glimpsed here and there in certain developments.

Predictive analytics today can be buggy and not exactly user-friendly, but in 25 years it will have cracked the code of using data to give customers prescriptive, proactive assistance, predicts Jim Jones, vice president of customer support for sales enablement software company SAVO.

"M2M (machine-to-machine) technology will be ubiquitous," he tells CITEworld. "Home appliances and remote devices like vending machines or cell towers will have self-diagnosing capabilities, and will automatically open trouble tickets with a remotely-connected CRM at the first sign of trouble."

All software -- even on-premise software in non-networked environment -- will be able to broadcast usage data silently back to a centralized database, Jones also says. "The data can then be analyzed to determine ways to optimize the customers' experiences."

Perhaps of most significance to CRM, call centers will essentially disappear as customer service moves to automated response channels, Jones says. Think artificial intelligence chat sessions, prescriptive content that is served up inside the product, and push notifications of fixes, updates.

As for the customer support rep, he or she will also be gone, replaced by technical account management teams. "These teams will focus on increasing customers' realized value, driving product adoption, and securing product renewals," Jones says.

Consumers will have their own teams too, or rather gatekeepers. They'll need them because in this new world brands may be savvier and less obtuse about who would be interested in their products, but they will be just as aggressive as they are today -- or more.

"The threat of constant bombardment by marketers will lead consumers to deploy their virtual assistants to run interference for them," Nicholas D. Evans, vice president and general manager within the Office of the CTO at Unisys tells CITEworld.

These virtual assistants will make decisions as to how and when to allow marketers access to the customer, he says. They'll screen phone calls, texts, e-mails, postal mail -- yes we'll still have it -- as well as drones attempting to deliver various product samples direct to the home. "Only preferred brands will be allowed to have direct person-to-person interaction with the consumer and it will be those that have successfully delivered on the digital customer experience," he says.

It sounds a little like CRM today, doesn't it? Only reversed and wielded by the customer.