Maker of the Up fitness band eyes Internet of Things 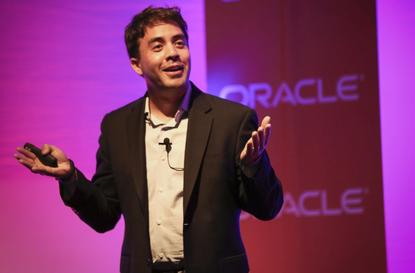 Jawbone has used data to inform, entertain—and retain—customers of its fitness band.

“Data can be fun and data can be emotional,” Jawbone senior data scientist, Brian Wilt, said in a keynote at the ADMA Forum in Sydney.

“Feeling good is the killer app.”

Since launching its Up fitness band, Jawbone has collected vast amounts of data on people’s activity levels and sleeping behaviours. The wearable devices have recorded tens of millions of nights’ sleep and hundreds of billions of steps, said Wilt.

Jawbone has used this data to produce a series of reports that identify trends and rank countries on a number of areas including average hours slept per night. Melbourne, it turns out, is number one in the world on this last metric with an average seven hours a night.

The company has also used data to personalise its apps for users, providing advice for behavioural change based on the user’s logged activities, said Wilt.

“We want [our apps] to be able to give you an experience that knows you.”

Jawbone recently created an app called Up Coffee that helps users track the amount of caffeinated beverages they’re drinking and correlate that to the amount of sleep they are getting every night. The app has proven popular with users, and the insights it has brought to users has produced some dramatic reactions over social media, he said.

Wilt said the key to Jawbone’s success has been to connect data to human problems and provide the tools and advice to customers that allows them to make more sense of the things they do every day and how it affects their lives.

Jawbone hopes to take advantage of the rise of the Internet of Things, which will see more objects from everyday life will be connected to the Internet, said Wilt. Data from the Up band could provide data that controls other devices, such as lowering the temperature when users are asleep.

Jawbone has already formed partnerships with IoT companies like Nest, an Internet-connected thermostat, among others.

“All of our devices are going to be connected to the Internet,” said Wilt. “It’s as terrifying as it is wonderful. That’s the problem we’re trying to solve.”