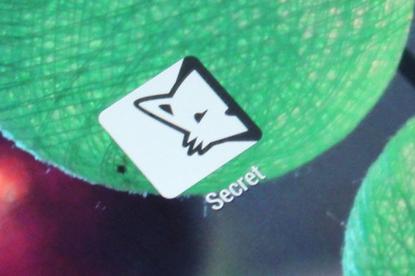 Your employer or school can ask Secret to create a den where you and your colleagues or fellow students can share secrets.

How can something be a secret if all your Facebook friends see it?

Secret is a company that makes an app for iOS and Android to let users post messages "anonymously." When new members sign up, the app asks for their email address -- plus their phone number, which is optional -- in order to help them find friends who are also using the service.

From there, users can post messages, but with limited identifiable information attached to them, which may include their city, or whether the post was made by a "friend" or "friend of a friend." Messages posted at the Secret site range wildly in nature, shifting from tiny tales of jilted lovers to whimsical musings on procrastination to cliched inspirational sayings.

Before Monday, the number of friends that could be found by Secret was limited to the contacts in a user's phone, but a new integration with Facebook could let the "secrets" come pouring in from a wider number of people's friends. Secret now lets users connect their Secret accounts to their Facebook accounts . The app will let users find their Facebook friends who are also on Secret, to weave their "secret" posts into their streams.

It's been an oft-requested feature, Secret said. Some reviews for the app in Apple's App Store confirm this: "Wish it was a little bit easier to add friends. Perhaps an integration with other social media?" one person said last week in a review.

At the same time, it seems ironic to add Facebook integration to an app that's designed to let people post messages anonymously.

But logging in with Facebook is optional and it's done anonymously, Secret said, adding in its announcement that "we don't even store your public name."

Secret, however, already collects a large amount of information about its members by their very use of the service, including geolocation data. Gaining access to someone's name on Facebook might be the least of some user's worries, when things tracking cookies are already in the mix.

Secret, by encouraging wider use of its service, hopes to gain a competitive edge over some rival anonymous messaging apps like Whisper, which does not currently offer Facebook log-in. Secret also announced Monday a feature called "Collections," designed to give users more control over the types of posts they see.

The company also said it had raised US$25 million in financing, led by a number of investors, including Index Ventures and SV Angel.

If enough people opt to use the Facebook log-in feature, users on Secret could become more engaged with its service, knowing that more of their Facebook friends are there. But even with the integration designed to be anonymous, it may also make privacy-conscious people wary.