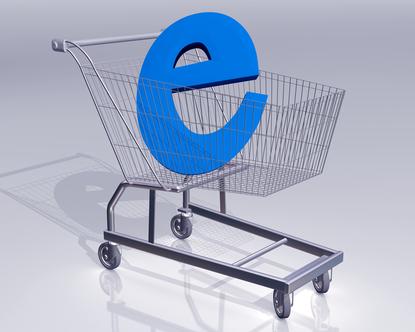 For Australian food manufacturers, China presents a marketplace that is both appealing and challenging. Issues such as market complexity, language issues, brand safety and the sheer size of the market are often cited as impediments to entry.

But a dozen Victoria-based food manufacturers are now exporting into the Chinese mainland thanks to an innovative partnership between export-oriented Australian ecommerce company, Premium Australia Foods, and global ecommerce specialist, ChannelAdvisor.

The two are working together to assist the 15 food makers retail their products through Chinese marketplace Alibaba Group’s premium Tmall Global retail portal, opening up new omni-channel retail opportunities for these brands.

Tmall Global gives foreign companies the opportunity to reach Chinese consumers in a premium marketplace environment. It claims to have more than 230 million users and accounts for approximately 50 per cent of all Chinese business-to-consumer transactions.

Premium Australia Foods’ ecommerce director, Christopher Morley, says the idea arose from conversations he had with food makers while working in digital marketing, regarding their desire and trepidation over the Chinese market. That led to an 18-month investigation of the possibilities for Chinese market entry, before the launch of Premium Australia Foods 12 months ago.

“It can be very difficult if you are an SME to go it alone into China,” Morley says.

Forrester Research has predicted the Chinese e-commerce market could be worth as much as $672 billion by 2018, thanks to 18 per cent annual growth.

Premium Australia Foods has offices in Melbourne and Shanghai, and handles requirements such as language translation and import/export requirements. ChannelAdvisor then stores and manages the manufacturers’ inventory, and provides the data linkages into the Tmall global site, including distribution of sales data back to the manufacturers.

“We can start to understand where all these people are, what they are buying, how often they are buying,” Morley says. “And that then leads on to our ability to retarget and remarket to those customers.”

According to ChannelAdvisor’s managing director for Australia, Mark Gray, the combination of his company and Tmall Global means Australian food manufacturers can dip into a market such as China with minimal capital expenditure and risk.

“And that really sings to a lot of retailers and manufacturers,” Gray says.

Gray says Tmall Global is just one of more than 30 marketplaces that ChannelAdvisor connects to, and meets the need for retailers to take an omni-channel approach to market penetration.

“Marketplaces are really starting to eat the world,” Gray says. “We are finding that there is much more success to be had for retailers from getting in front of as many different types of buyers as possible, and that marketplaces are the way to go.

“From the one feed we get from the retailers or manufacturers, we can feed that to the 30-plus marketplaces that we support globally. And the value is that retailers don’t have to create their own individual integration for every country or every marketplace.”

While Premium Australia Foods has no active plans to enter other markets, Morley says the partnership with ChannelAdvisor leaves that possibility open.

“Australia makes some really great products, and we should be looking more internationally,” Morley says. “Ecommerce and the marketplaces give us a cheap way to get into the UK, US or China.”