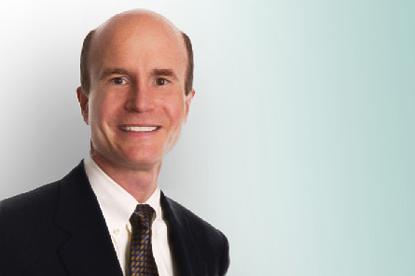 Nielsen Neuro was started about seven years ago and was the brainchild of Dr. Robert Knight, a psychologist and neuroscientist at the University of California–Berkeley. His idea sprung from the large amount of research that has been done on brainwave measurement as it relates to different aspects of cognitive function, and he knew these findings could be easily applied to marketing.

For example, EEG tests can help determine when a person is or is not paying attention, and Alzheimer’s research has led scientists to know when memory structures in the brain are activated. Additionally, research has been conducted around emotion to determine when someone is emotionally engaged or disengaged.

Dr. Knight wanted to incorporate some of these techniques into marketing and marketing research to help marketers craft more effective communications.

Joseph Willke, president of Nielsen Neuro, explains how this application of neuroscience can enable marketers to gain a drastically more in-depth view of their customers, allowing them to take a much more targeted and effective approach.

“In traditional research, you’d show a commercial to someone and ask, ‘What did you like or not like about it?’ and you’d get some diagnostics. But by applying neuroscience, we can tell on a second-by-second basis what sections of that commercial people were paying attention to and which weren’t they,” he explains. “Were there portions of the commercial where there was absolutely no memory activation? What parts made them lean in or lean back emotionally?

“It’s a level of granularity that just hasn’t been available to marketers before and provides a lot of rich diagnostics on how commercials are working. And if there are parts that aren’t working, it helps to determine why they aren’t and how to fix and optimise the communication.”

Some of the biggest global multi-national companies are actually starting to replace traditional research techniques with these newer techniques.They’re still the early adopters, but they have moved past the experimentation stage and are actually moving to full-scale use of these techniques globally. And as these techniques are used on a more global scale, some interesting points have emerged across different audiences.

“I spent the early part of my career building enormous databases because so many things affect articulated response: Language, rural versus urban, men versus women, and so on,” Willke says.

“However, we’re not finding that to be the case with brain response. People’s brains respond remarkably similarly around the world. There’s some difference if the social context is different, but you see far less variations in brain response than we find in articulated response.”

By using neuroscience to go beyond the stated information and into understanding the full range of response—both implicit and explicit—they are able to obtain much richer data and much greater insight into what really makes effective advertising. As a result, the company expects dramatic improvements over what has been measured in the past.

“Right now, we offer several services, and all of them evaluate marketing communications—whether it’s a television commercial, print ad, or store circular —and that is what ultimately creates a commercial,” he says. “We recruit people to come in for a test and expose them to the commercial. While they’re watching it, we record their brain response and pair that with eye tracking so can we understand where they’re looking and pair that with the brain response.

“Through those things, we can diagnose which portions of the commercials are working well, as well as which ones have problems and what the problems were; the traditional way is just to ask people, but there is a limit to what people can tell you. Neuroscience shows that at least half of what goes on in our brains is below the level of consciousness, yet it’s proven that it strongly affects your behaviour. That’s why this research is so valuable; people want to be able to see the other half of the picture.”

By measuring both conscious and subconscious reactions of consumers, Nielsen Neuro is able to provide services to clients that help them gain a more holistic picture of their audience, resulting in actionable recommendations to improve response to their marketing communications. This enables marketing to optimise their various consumer touch points and improve a brand’s resonance with consumers, and their clients are already reaping the benefits.

We learned that at the end of the ad, attention was being divided between an adorable dog on screen and our campaign website, which could have affected the likelihood that viewers would take action

“Nielsen’s consumer neuroscience business provided invaluable insights that have benefitted many of our campaigns,” says Patty Goldman, vice-president and research director for the Ad Council. “In a study conducted on behalf of Shelter Pet Adoption, we learned that at the end of the ad, attention was being divided between an adorable dog on screen and our campaign website, which could have affected the likelihood that viewers would take action.

“Nielsen also helped us identify key scenes in our child hunger PSA that we should include in a shorter version of the spot to ensure that it would be optimally effective. Additionally, this research helped provide insights into two other campaigns, which will guide future rounds of creative.”

About the author
Joseph J. Willke is the President of Nielsen Neuro, a division of the Nielsen Company. He earned his undergraduate degree from the University of Notre Dame and did his graduate work in Paris at L’Institut Catholique. In 1983, he joined Nielsen’s BASES organisation and rose to vice-president of research and development and then to executive vice-president of client services. He assumed the presidency of BASES in 2001 and then Nielsen’s Modeling and Analytics organisation in 2004. In 2005, he became president of ACNielsen Advisory Services. In 2006, he shifted roles, becoming president of Nielsen’s P&G relationship, serving as the global lead for the Nielsen Company with Procter & Gamble worldwide.