Brand trust is the way forward for marketing: DDB CCO 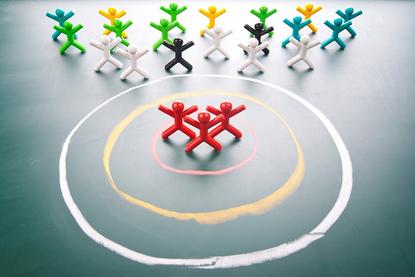 The traditional marketing pitch needs to be abandoned in favour of brand trust with consumers, according to DDB Worldwide global chief creative officer, Amir Kassaei.

Speaking at the Mumbrella 360 conference in Sydney, Kassaei told delegates that because consumers are armed with Twitter and Facebook, they have the power to “just kill you”. He cited the case of a British Airways customer whose luggage was lost on a flight to the United States in September 2013. The passenger called up British Airways customer service after he landed in Chicago and asked where his luggage was.

“They [customer service] were treating him like an idiot so he began tweeting about his problem with British Airways,” commented Kassaei.

However, the man didn’t just tweet to his 500 followers, he purchased British Airways promoted tweets to spread his complaint much wider.

“In 24 hours, the [British Airways] CEO called him and his luggage was there. That explains a lot about the power that is shifting towards the people,” Kassaei said.

Marketers should strive for what Kassaei called “relevant truth” where the brands they are promoting connect with people on an emotional level.

“How do we create a relevant truth based on an existing product or new offerings that people start to care about it?” he asked attendees. “If we do that, consumers will do the job of communication by themselves via the Internet.”

He added marketers should not treat people “like animals” and resist the urge to try and sell them something.

“Respect them as human beings and people will be respectful back to the brand you are marketing,” he claimed.

As an example of respectful marketing, Kassaei shared the story of a drycleaners in Boston in the US. During the last global financial crisis, the drycleaners began offering a free suit dry cleaning service to unemployed people who were going for a job interview.

“In the long run, this drycleaner will make huge amounts of money because he will have a group of loyal customers who feel he is taking them seriously," he commented.

According to Kassaei, DDB strives for brand trust when it comes to marketing campaigns. For example, DDB Miami worked out a way to market Glad rubbish bags to young people aged in their 20s who care about music and the environment.

The team produced a Glad branded tent designed for music festivals. Once the festival is over, the tent can be turned into a large rubbish bag so the campers can take away their rubbish. Feedback from the target audience of young people was favourable, according to Kassaei.