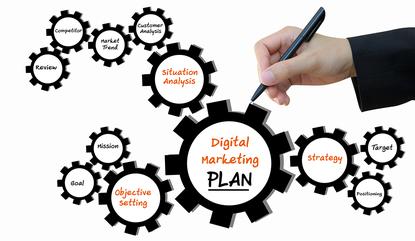 A new report on the value and uptake of marketing automation has highlighted the rising role these platforms have in cross-channel campaign management and providing personalised and targeted customer experiences.

The global State of Marketing Automation report, which was produced by Forrester Research on behalf of global co-innovation company, Regalix, found 73 per cent of respondents were already using marketing automation solutions, while 15 per cent are currently evaluating or considering their options.

Of those already using marketing automation, 82 per cent are using a hosted solution, but only 5 per cent outsource to agencies. The top three vendor choices were Marketo, Eloqua and Pardot.

According to the report, the primary features marketers seek from marketing automation are email marketing (89 per cent), lead nurturing (84 per cent) and campaign management (82 per cent). This was closely followed by integration of CRM, social media and other channels (80 per cent).

The report also noted marketers are no longer viewing or treating marketing automation technologies as systems to automate and manage emails, but as more sophisticated platforms to manage cross-channel campaigns and deliver personalised and targeted customer experience. For example, 64 per cent of respondents said marketing automation is an excellent tool for seamless campaign execution and tracking.

However, the key metrics used to determine the performance of marketing automation systems still indicate the way marketers have to go before they achieve true channel integration.

Top of the list were response metrics such as open rates, click throughs and unsubscribes (87 per cent), followed by efficiency metrics such as cost per lead, close rate, conversion rate and number of sales accepted leads (58 per cent). In third place were value metrics, such as revenue generated and pipeline value (61 per cent).

Less popular were activity metrics such as number of emails sent (34 per cent).

“The survey demonstrated that marketers are still not measuring the right metrics to determining the change in revenue,” the report authors stated. “Marketing automation users still mostly rely on response metrics to determine value of the system, as opposed to value metrics, which measure the increase in revenue, pipeline generated, and so on.”

Nearly two-thirds of respondents said it takes at least six months to realise the benefits of using marketing automation from the time of implementation, while 20 per cent said the return was achieved in just three months. Sixty-five per cent of marketers said less than 10 per cent of their budget is currently allocated to marketing automation, and 55 per cent cited a lack of resources as the primary reason for their inability to fully utilise the system.

Factors used to determine which system to choose include ease of use, price, scalability, product integration and technical support/customer service.

Another notable finding of the report is that the primary decision maker for marketing automation purchases is the vice-president of marketing, rather than the CMO (37 per cent versus 13 per cent).

The Regalix research was based on a survey of more than 300 marketers and business leaders in March 2014.

And signup to CMO’s new email newsletter to receive your weekly dose of targeted content for the modern marketing chief.