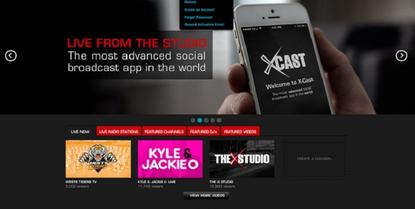 West Tigers fans will be able to see what happens with their favourite National Rugby League (NRL) side in the off-season when its own TV station, and associated smartphone app, begins broadcasting in July.

The XCast app will broadcast West Tigers TV footage 24/7 from the XStudio in Kings Cross, Sydney and has been developed for iOS and Android devices by Moment Media founder, Ron Creevey. A self-confessed West Tigers fanatic and team sponsor, Creevey told CMO fans will get access to breaking news, such as if one of the West Tigers players breaks the NRL salary cap, player interviews, and off-season footage such as the players training for the 2015 season.

The new TV station won’t, however, broadcast matches as the rights to these games are held by Channel 9 and Foxtel.

“For us, it’s not about the 2014 NRL season, it’s a long-term relationship with the West Tigers,” Creevey said. “If there is any breaking news from the West Tigers camp, fans will get to watch it live. The XCast app will store content, similar to YouTube.”

According to Creevey, high-profile sports teams such as the Manchester United soccer team have their own dedicated TV channel.

“The benefit for the West Tigers fans is the [TV] studio to create content. XCast will send a notification to the subscriber or follower that the [West Tigers] live broadcast is streaming. They click on the link and watch that broadcast.”

Creevey added West Tigers TV will give the club’s sponsors new ways to “attract eyeballs” while opening up additional sponsor advertising opportunities such as product placement and branding on West Tigers TV. However, he agreed this needed to be done in a subtle marketing way as “young people don’t want to be told what to buy.”

“Advertorials are not worth it these days. Teenagers don’t read long articles, they like summarised quotes,” commented Creevey.

The link can be shared via Twitter and Facebook and content will be streamed inside those social network sites. “Fans won’t need to leave those networks to watch the live feed,” Creevey said. The XCast app will store historical footage, similar to YouTube, so fans can go back and watch their favourite player interviews. Players will also be able to post their own “G-rated content” to the app that has been signed off by West Tigers CEO, Grant Mayer.

NRL teams have stepped in to moderate their players’ use of social media after former Canberra Raiders fullback, Josh Dugan, posted pictures of himself on Twitter drinking beers the day after the Raiders lost to the Penrith Panthers in April 2013. Dugan also threatened fans with violence on Instagram.