How data analytics is helping Reachout.com to save lives 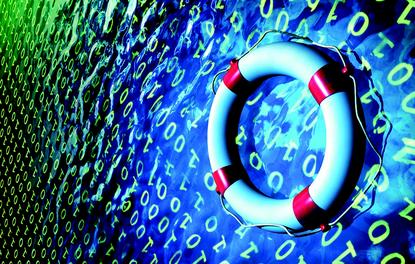 Website analytics can be a powerful tool for increasing sales. But they can also prove useful in helping people in a time of crisis.

This is certainly the hope of the team at ReachOut.com, an online mental health service for young Australians operated by the Inspire Foundation. ReachOut.com received more than 1.4 million unique visitors in 2013, and helped them to get through tough times by delivering information and assistance where and when it is needed.

With one in four young Australians living with a mental health difficulty, ReachOut.com has been credited by its users with literally helping to save their lives. So getting the right information to users at the right time is absolutely critical.

Three years ago, ReachOut.com undertook a review of its website and determined it could improve how it reached the wider pool of young people who were not currently receiving help. This led to a refocusing of the site’s content from the theme of ‘tough times’ to one of ‘well-being’, to reach young people before their problems became critical. Three hundred young people were then engaged to help develop product concepts, establish guiding principles and create a clear set of user experience objectives.

The new focus on content, and the need to ensure that young people could easily find the content that was relevant to their situation, led ReachOut.com to seek a new content management system. That led to Sitecore, and the relaunch of the service in August 2012.

“Under our previous content management system we had very little ability to connect young people from a Google search directly into content that was relevant or match content to some specific experiences,” ReachOut.com chief executive officer, Jonathan Nicholas, said.

“We saw some great potential in the Sitecore platform in giving us the ability over time to personalise content pathways and really give the experience for the young person that ReachOut.com is talking to their specific needs, even though we have a range of issues that we deal with.”

As a result of the switch, Nicholas said ReachOut.com is targeting content more accurately now.

“We are able to see where content is working and not working, and we can rectify if we have a piece of content that hasn’t worked,” he said. “It has helped definitely to make sure we have the right content on the site.”

The next stage of development will see Sitecore used to offer greater personalisation of a user’s experience on ReachOut.com. Today personalisation is limited to geo-location, allowing ReachOut to connect young people to state-based resources that are local to them.

But ReachOut.com’s chief financial officer, Heather Doig, can see great potential to better solve specific issues for users, based on where they are in their well-being journey.

“We are trying to tread softly initially,” Doig said. “It is easy for a retail organisation to say ‘our goal is to convert someone into purchasing a product’. For us it is less well defined. Success for us might be someone getting to the right fact sheet and then going off the site and dealing with their issue, or connecting through to one of the partners that we work with. So we are trying different approaches.”

Nicholas said the goal is to have young people feel that ReachOut.com is talking to their needs personally.

“We’re excited by the application of something developed for a commercial audience and taking that engine and dealing with the complexity of human behaviour, rather than just achieving a sale,” he said. “But if you overstep the mark on personalisation you can become very specific and very wrong. If you under-step it then you become bland and generic.”

The investment in Sitecore also delivers a better experience of the ReachOut.com site on mobile devices, which Nicholas said is proving to be a more popular medium for its young users.

“We are seeing a really significant shift in recent months where young people are moving primarily from a desktop engagement to a mobile engagement,” Nicholas said. “And we see those trends continuing and wanted to invest in a system that allowed us to have that flexibility.”

As for its goal of reaching more young people with mental health issues, ReachOut.com is reporting a 20 per cent increase in its audience in the past year, putting it on track to reach its goal of three million visitors by 2017.