Amazon: A culture based on customer data 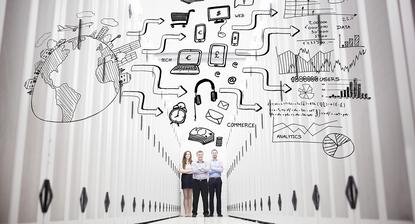 Amazon.com is an ecommerce behemoth that has put technology innovation and customer data at the heart of business development.

The world’s largest Internet company boasts of revenue of $74.45 billion, the bulk of which comes from its online retailing operation, and 24 per cent year-on-year growth. Since its formation in 2004, Amazon has had a major impact on its would-be competitors, helping send the giant US retail book chain, Borders, to the wall.

In recent years, it has revolutionised the world of book publishing through the highly popular Kindle eBook reader, and recently entered the online video streaming market with its fireTV device.

Through all this, the company has been relentless in its use of data to improve the experience of its customers and drive sales growth, having pioneered algorithm-driven recommendation engines. Its teams also believe wholeheartedly in AB testing across the sites, using up to 250 variables.

And it has done all this without a chief marketing officer.

“Amazon is a different world,” says Dr Werner Vogels, chief technology officer for Amazon.com. “We happen to do retail, but in essence we are really core technology.”

“We all have to play that role,” Dr Vogels says.

It turns out there is no CIO at Amazon either.

To do this, each function within Amazon has its own team. For the 28 different recommendation engines in the ecommerce division, there are 28 different teams, each tasked with overcoming a specific challenge for the coming year.

The culture at Amazon also has its own quirks. Dr Vogels says the company gives each of its teams a great deal of autonomy and a free rein to innovate, provided that doing so doesn’t require a substantial investment of capital.

Hence the culture is one that supports new ideas in the first instance, rather than knocking them back. “If you really want to block something, you have to do the work,” Dr Vogels says. “You have to write four pages that clearly describes why you think Amazon should not be doing ‘this’. If the naysayers have to do the work, they pretty quickly shut up.”

That doesn’t mean the company hasn’t made mistakes along the way. The vast troves of data that Amazon collects on its customers has been a source of marketing gold for the company, but it has at times taken its enthusiasm too far.

One example was Digital Soulmate, which matched the profiles of buyers and informed them of what else their ‘soul mates’ had bought.

“Customers hated it from the bottom of their hearts,” Dr Vogels says. “They hated the fact that there was somebody else just like them.”

Amazon has also learned to tone down the veracity of several recommendation algorithms lest it risked ‘creeping out’ its customers. Such capability harkens back to the stories of US retailer, Target, using data to determine that its shoppers were pregnant.

“I’m pretty sure that if we looked at the data we could find similar patterns, where there are life changing events where there is disease or other things, or divorce,” Dr Vogels says. “We don’t do that, but we could actually recommend you books on divorce before you would even know that you would be interested.”