CMO catches up with Jim O'Brien, chief marketing officer at the geeky online retailer, to hear his views on digital marketing, how data and analytics are driving the group's customer engagement strategy, and why CMOs can't work in silos anymore 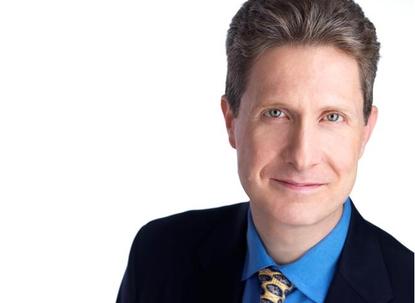 CMOs can no longer live in a business silo and must find allies across the organisation, including the CIO, if they’re to meet the expectations of today’s customer.

That’s the view of the chief marketing officer for online retailer ThinkGeek, Jim O’Brien, who caught up with CMO to discuss the rising importance of data and analytics in customer engagement, as well as the role of marketers in an increasingly digital economy.

For O’Brien, CMOs need a clear vision that puts the customer at the centre of business activity. This requires both rigour around marketing process, as well as the flexibility to address rapid change, he said. It also requires an ability to switch from strategy into execution, along with a firm grasp on data and analytics.

But none of this happens in isolation, and CMOs need to be able to align their teams and ambitions with other divisions across the organisation to make it happen.

“You have to have the ability to tell a story to other groups in the organisation that you may previously have been able to just co-exist with,” O’Brien said. “In the past, you could live in a silo with just your agency, but you’re not going to be able to do that anymore. Today, your executive peers have got to be your allies in doing all of this, because you can’t do it alone.”

O’Brien is no stranger to digital, marketing or data, having spent more than 20 years building digital and ecommerce capabilities for large and niche brands. He began his career as an editor for Computer Shopper magazine at a time where the PC enthusiast market was still a relatively new phenomenon, and the Internet was just becoming commercial. Alongside content delivery, the site allowed readers to compare products, acting as a lead generation tool for advertisers and giving O’Brien his first taste of ecommerce.

He then moved to US email marketing pioneer, mail.com, before joining American Express to help build its digital capabilities. In 2004, the ‘dream job’ came up at book retail giant, Barnes & Noble, to help integrate its standalone ecommerce business and main retail stores.

“Barnesnoble.com had launched in the 1990s as a separate company, and I was brought in when the main brand was reacquiring it – like so many companies that had spun their digital businesses out – to build an omni-channel business,” O’Brien recalled. “The way we did this is by having the brand work together and for customers, instead of being separate entities with separate objectives.

“There was a sea change in culture at that time to get the stores on-board with shared goals around online shopping, and sign-ups for the customer loyalty program. Barnes & Noble arguably has one of the best loyalty programs in retail because it was and still is a paid program and people see value in that.”

With a keen eye for unique brands, O’Brien then joined DailyCandy as vice-president of marketing, where he was responsible for setting up overall marketing strategy. DailyCandy was one of the originators of the daily newsletter concept, delivering an insider, city-based gossip service for consumers wanting to find out about food, fashion and fun in their city.

In 2012, the opportunity to become the first CMO at ThinkGeek came up, and he took the plunge. ThinkGeek, which has been around since 1999, has worn many guises in its 15-year history. It started as a hobby business under open source software company, VA Linux, before morphing into a listed media company called Geeknet, which also owned Slashdot.

O’Brien said the “moment of awareness” about its mainstream potential came in 2009, when a number of unique products created internally went viral. One of these was the electronic guitar t-shirt; another was a Star Trek branded pizza cutter shaped like the USS Enterprise.

“There had been this geekification of mainstream culture that was phenomenal, and everyone was talking about the fact that geeks are in charge and ruling their world,” he said. “There was a real opportunity.

“Our mission is to celebrate the geek within everybody and to create a world where people can celebrate those passions and connect with one another around what’s interesting to them... That makes it different to being a convenient place to shop.”

According to O’Brien, ecommerce retailers face are increasingly looking to build strong brands based on a clear understanding of their customers and talking to them in a two-way exchange.

“It’s no longer about who has the most efficient supply chain or shipping option, or the best search program, although all of those are critical. But you can’t win any more on that now,” he pointed out.

O’Brien’s mandate coming into ThinkGeek was to build off the authentic relationship the brand had with fans to tap into new audiences, while also improving customer retention. The job encompassed everything from blocking and tackling processes, to dealing with the big brand questions and customer engagement strategy. As a marketer, he owns customer acquisition and retention, public relations, analytics, the Web experience including production, and research.

ThinkGeek has always had an authentic brand voice, but needed to delve deeper in customer data and analysis to fuel growth and personalisation, O’Brien said.

“Only 15 per cent of the people you’d meet on the street knew our brand, and we knew there was a bigger opportunity to be had,” he said. “We wanted to tap into that growth by identifying bigger audiences and going after them, while staying true to the brand and clearly defining our brand strategy.”

Over the past year, O’Brien and his team have worked to identify just how big that opportunity is using data. “At the same time as we’re trying to understand who the customer is and fix process, we’re also looking to optimise the channels we have and defining where we need to go [with data],” he explained.

“I look at the analytics and what we understand about our customer, and what’s going on in the business.”

According to O’Brien, all CMOs, whether they work in small or large organisations, are grappling with the same challenges: Higher customer expectations, low tolerance for bad customer experience, and a desire to deliver customers an experience that’s “magic”.

“Analytics underpins all of that,” he claimed. “When you talk about direct marketing and ecommerce, everything starts with data and analytics. You really have to start by understanding what the cost is to acquire a customer, and the lifetime value they bring you.

"Then you iterate down to tighter and tighter segmentation, such as what the lifetime value is of someone who comes through paid search versus through social. You have to understand those things first or you’re just guessing at everything.

“That doesn’t mean there is no art to this; there is no oracle telling you the answer. Every day we’re managing and tuning our programs.”

On the customer-facing side, O’Brien team is using data on recency and frequency of purchase, and what customers have bought, to try and personalise the experience.

“We look at whether they have engaged with in our loyalty program, and the things that factor into that. Outside digital analytics, we look at traditional things like audience segmentation and survey information to better build a picture of who people are,” he said.

A recent example of ThinkGeek’s data-driven approach is utilising geotargeting data to make it easier for customers to find new products that are of interest to them on the website.

“You might wonder what geotargeting has to do with a retailer with no physical stores, but if you look at the patterns, you can see there are enormous differences across cities and that could be another way to delve in and segment customers,” O’Brien said.

To help facilitate better customer engagement, O’Brien has recruited a dedicated chief for acquisition and one for retention. He has also brought on an individual to oversee all site marketing, and appointed an official analytics lead. But it’s important to get everyone tuned into a data-driven conversation, O’Brien commented.

“The customer marketing person and acquisition person are all speaking the same analytics language,” he said. “Everyone has to develop their forecasts based on the information we have and there’s a lot more collaboration around that. It’s not just a top-down scenario.”

O’Brien said his CIO is his “partner in crime in all this”, and the pair work together to prioritise tasks. One way they have achieved this is by maintain a dual reporting structure across many initiatives undertaken by the Web user experience team.

Technology is another vital part of the process, and O’Brien stressed the importance of CMOs understanding the platforms available to them so they can make informed decisions about what will help them achieve their customer goals most effectively.

While admitting there is a mountain of data and analytics tasks that can be done, O’Brien said the important thing is for CMOs and their peers is to establish a track record of action that’s ongoing.

“That can be an iterative process; you don’t have to boil the ocean, or go from zero to 60 straight away,” he claimed. “But you have to have the fortitude to do the hard part of the analysis, which is to look at it and say ‘let’s prioritise based on our best understanding and forecast of what is most important for our business’. Look at what it is you can do today to break that project down and iterate against it.”

The second thing to remember is there is no silver bullet, he said. “There is no all or none proposal either: You have to have a menu of options and fallback positions that continue to push you along the journey,” he explained.

As a final note, O’Brien said data analytics is a constant process and CMOs must be prepared to keep learning and innovate.

“There will always be something new to address and consider,” he added.