AOL sharpens advertising ambitions with its One platform

The One platform offers an enhanced form of automated ad-buying 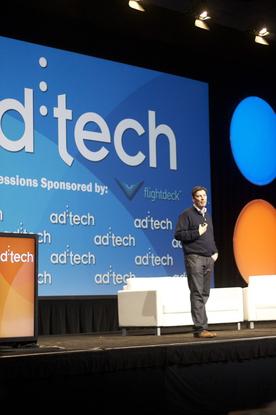 AOL is pushing to become an elite advertising business with a new platform for buying and selling ads tied to big data.

On Wednesday the company announced "One," a system designed to help automate the process of buying and selling ads, and give marketers better data about the effectiveness of their campaigns across channels such as display, social and video.

The platform springs from new technology built by AOL, as well as a series of acquisitions the company has made over the years, including Adap.TV, for video ads, and Gravity, for personalizing ads.

AOL already provides a platform for programmatic ad buying, the industry's term for automated trading systems that allow companies to place ads across the Internet as well as traditional media.

But AOL hopes that One will take things further. "Today is a tipping point in the industry," said AOL CEO Tim Armstrong, in announcing the system at an advertising trade show in San Francisco. Currently, the advertising business makes more money with more hands on deck, he said, but One is designed to provide better value by automating more of the process.

The system will provide more tools for marketers to gather and track data about customer engagement signals, and unify that information from different sources such as display and TV ads.

Previously, those data sets existed in different places and were harder for marketers and agencies to make sense of, said AOL's Bob Lord, who heads the company's ad technology arm, following the announcement.

AOL's release of One shows a major power play by the company to seize a booming trend around automated advertising, a US$50 billion market in the U.S. alone, AOL's Lord said.

One could help AOL compete against online advertising companies such as Google, as well as marketing software players such as Adobe Systems and Salesforce.

"Google is the closest," Lord said, describing how close that company's automated ad-buying platform is to AOL's One.

One also marks a different type of venture for AOL, separate from providing original content, a bit of a sore spot for the company given its struggles with the news site Patch.

AOL's first beta partner for One is Magna Global, the media agency of IPG Mediabrands. Magna Global hopes to automate 50 percent of its ad buying by 2016.

Over the next six months, AOL plans to bring other big brand advertisers on board with One.