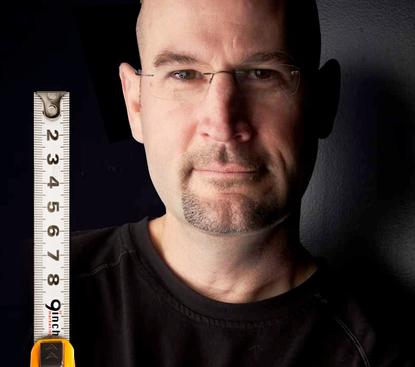 Putting the emphasis on customer engagement and lifetime value rather than acquisition is key to future commercial growth, according to a leading customer experience expert.

Stan Phelps, experience architect at 9 Inch Marketing, will be one of the keynote speakers at the upcoming Customer 360 Symposium in the Hunter Valley on 7-9 April, discussing how brands should invest more time and effort into providing a differentiated customer experience.

“CMOs need to have to have a greater understanding that they’re no longer just selling a product or service; they are selling an overall experience,” he told CMO in an interview in the lead-up to the event.

“As we enter into an age of equivalency, meaning that there is very little blue ocean for truly differentiated products or services, the way companies can make a difference is through how they deliver that entire offering.”

Phelps has worked in marketing for more than 20 years, starting with events marketing and sponsorship agency, IMG, before making the move into the client side with Adidas. During his tenure with the sports and fitness brand, he managed sponsorships such as the company’s Yankee baseball relationship, as well as global tennis campaigns.

He then worked with the PGA of America in marketing and events, before returning to the agency world with Synergy, specialising in experiential marketing. Highlights of his time with the company included vehicle mobile promotional events, product launches, PR stunts and brand sponsorship activation.

“A lot of the work I did was creating stuff that was larger than life,” he recalled. “Things like creating the world’s largest logo for KFC, and a 20-metre tall Statue of Liberty in the shape of an M&M in the New York Harbour. I also rebuilt the original Starbucks for one day in New York City to launch a new coffee. I also gave away a Mediterranean island as part of an I can’t Believe It’s not Butter campaign.”

Phelps started to become disillusioned, however, mainly because these activities weren’t scalable or sustainable. “I had a moment of truth where I realised more of the focus needed to be on the customer and less on the prospect,” he said.

It’s this realisation that led him to crowdsource 1000 examples of superior customer experience globally and write his first book, What’s your Purple Goldfish, as well as launch experience-focused agency, 9Inch Marketing.

Phelps has created a defined strategy for how brands can improve customer experience through a combination of psychology, strong customer service and doing that little bit extra for customers. He calls his approach ‘the Purple Goldfish’, which is in turn based on a concept out of New Orleans know as ‘Lagniappe’, or ‘the gift economy’.

Key to its success is offering an item or benefit that is of value to the recipient, that is of true benefit to them, and that is tailored to their needs and tastes, rather than a one-size-fits-all option. Phelps labelled this ‘delivering signature added value’.

“It’s about how can you create something that’s signature to your brand, and doing that little bit extra,” he explained. “That one effort serves as a differentiator for your brand, and becomes a reason you start to stand out among the competition.

“Secondly, there is absolutely no waste – you’re doing it for current customers, and it becomes a loyalty and satisfaction enhancer. Lastly, if you’re doing this in a creative way, it also becomes something that drives positive word of mouth. Why it’s so vital to have customers refer you is because people who walk through the door based on a referral are up to four times as valuable as a regular customer.”

Customers that have been referred to a brand typically spend twice the amount over their lifetime, compared with other customers. They are also likely to recommend up to twice as many people as those who weren’t referred, Phelps said, citing multiple research reports.

Customer experience has increasingly been pushed into the spotlight as organisations look for ways to differentiate their brands. While customer service was a given in the days of the local corner store, Phelps believes the emphasis fell away as mass production took over. This also lessened the influence customers had on making a difference.

“What has changed in the last five to seven years is that ‘small town’ thing has come full circle. Now, if you get wronged by a company, you can write a review that stays there forever, that thousands of people can see,” he pointed out. “If your social media megaphone is big enough, you can in real time share your experience and you’ve essentially outed the company.”

Another inhibitor within organisations towards improving customer experience has been the focus on acquisition, rather than customer lifetime value. Phelps blamed this obsession with lead generation and acquiring new customers on the historically siloed nature of marketing and business.

“Marketing’s goal was to create leads; sales’ role was to be able to close and develop the business; then operations was there to deliver on the promises,” he said. “Everyone had their silo and what has been happening is marketing and sales have been making promises that operations wasn’t always equipped to fulfil. Unfortunately, that’s how you create dissonance.

“Because of the silos, most companies have also been internally focused and pushed their view from the inside out, believing they know what’s best for their customers – they send the messages they believe consumers need to get them through the funnel so sales can close them. Then it’s up to the other divisions to look after them.

“I’m not advocating brands shouldn’t spend any time or effort on acquisition. I just think that with most companies now, 80-90 per cent of effort is based on acquisition, and my hope is that you’d have at least equal focus [on acquisition and retention].”

To help make this shift, companies need to take more of an outside-in approach, Phelps said. “Really think about what’s important to the customers, and how you can make those things great in terms of delivery,” he advised.

Phelps has also created 12 different ways of creating better customer experiences, based on his research with successful organisations (listed below). “Six of these are physically what you deliver to the customer – what you provide as that added value,” he said.

“The other six are the maintenance category, or the service you provide and how you handle that experience. The idea is to be low maintenance, and be as easy to deal with as possible.”

While the steps can be followed by all organisations, whether they’re consumer or B2B focused, all must also spend time discovering the values most important to customers, as well as those that aren’t important, Phelps said. Companies then need to commit to be great at those important things, and forget about the things that aren’t.

“In order to be great, you have to have the courage to be bad,” he claimed. “No one can be great at everything important to every customer.”

Data is an increasingly important part of the discovery process, and Phelps cited the Net Promoter Scores another way of identifying the success and referral element. “That referral is so important for growth,” he said.

A second strong metric is the ‘customer effort score’, which measures how easy it is for someone to do business with a company.

One example of a company doing a good job of keeping customers happy is US bank, Wells Fargo, which derives 80 per cent of its annual revenue growth from existing customers, Phelps said. An average customer has five different financial products, compared with an industry average of two.

“The reason they can do that is because everyone in that bank has a mindset of trying to upsell and serve the customers they currently have,” he explained. Existing customers cost one-tenth of the price to upsell compared with acquiring new customers, he added.

“My challenge is for CMOs to understand their role is no longer just about acquisition; their brand is no longer what they say it is either. It’s what the customer says it is. They therefore need to own that customer experience,” Phelps concluded.