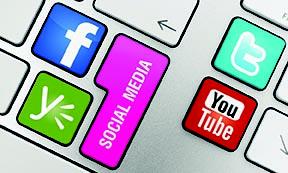 Social media is a fickle activity. The more we do it, the more our practices, attitudes and aspirations for its use change. While users generally play to the audience they're reaching on these channels, they're also gravitating from one outlet to another to stay fresh and engaged with the growing world around them.

The era of developing our own deeply involved digital profiles mixed with a buffet of social updates canvassed with media is slipping. Detailed status updates are losing luster as quick, impromptu (and even short-lived) activity on social media gathers momentum. Deliberation is giving way to anonymity and more ephemeral activity.

For every Friendster and MySpace of the world, there's a Facebook nipping at its heels ready to take it down. Although Facebook has become what is undeniably the largest and most powerful Internet-based communications medium ever, it's success has given rise to the likes of Twitter, Snapchat, Secret and dozens if not hundreds of others. So much so in the case of WhatsApp, that Facebook was compelled to buy the rapidly growing company for as much as $19 billion.

Many of today's hottest social apps serve a more spontaneous function. Snapchat gives its users the capability to share photos in real time and set a time limit for how long those "snaps" appear (no more than 10 seconds) before, the company claimes, they are removed from the recipient's device and Snapchat's servers.

Whisper and the latest Silicon Valley phenomenon Secret let you anonymously share text with a photo or pre-loaded background. These apps are all incredibly simple and designed around the premise that you will share more when you are unassociated with you identities and perhaps even less afraid to share too much.

"Mobile lends itself to much shorter, much more snack-able and fleeting encounters of all types," says Rebecca Lieb, analyst at Altimeter Group. "We've gone from the broadcast model to the PC model, now we're at the mobile model... and it's changing the way content is created and consumed."

Any quick glance at your timeline on Secret will attest that these apps don't live in a vacuum either. The long-form and feature-heavy experience of Facebook shares little in common with the simpler and more intuitive impulsiveness derived from apps like Snapchat. Perched from its headquarters 400 feet from the boardwalk in Venice, Calif., Snapchat reportedly spurned a pair of acquisition offers last fall from Facebook and Google for $3 billion and $4 billion, respectively.

The growing inclination to use more of these spontaneous apps is driven by a trend that goes beyond social media, says Lieb. Living in what could be termed an attention-deficit society, "we definitely tend to be in the Cliff Notes version," she adds. Social activity on Whisper, Secret, Snapchat and others is not just fleeting, but also unpreserved.

"There's a trend towards we don't need to keep it, it can go away," Lieb says. "We've had this expanding social graph, maybe we'll have a contracting one."

While the popularity of more spontaneous apps is rising, analysts are by no means writing off Facebook and its ability to remain relevant and in high demand. "I don't know that Facebook needs to combat this. It is additive. I don't think Snapchat represents a threat to Facebook," says Lieb.

Seth Shafter, associate analyst at SNL Kagan, says there might be valid reasons to predict Facebook's demise, but its audience base and number of active users keeps growing without fail.<.p>

[Related: Why Snapchat Will Never Be Worth $3 Billion]

Facebook's Instagram and WhatsApp acquisitions certainly exemplify a growing comfort or willingness on its part to own and operate complementary properties that may not have to be fully integrated after all. If the first phase of social media was a massive effort to bundle our online identities, this current wave is all about the unbundling of those menus upon menus of features.

"We live in a world where we know there are going to be multiple social services. It's not the case that one app or one use case wins over the other. Each one carves out a use case and tries to do that job better than anyone else," says Twitter CEO Dick Costolo on the company's latest earnings call. Users see Twitter as "the place to go for real-time, in the moment conversation and discovery," he says. "We're the only platform that's public, real-time, conversational and distributed."

Costolo tells investors he doesn't have "any particular religion about whether that means we need to land at one of the continuum or other on specific use case apps or not. I absolutely think that it could be the case that there are capabilities we want to integrate into the core service that we think could do better if they had an accompanying single-use app to go alongside them."

Costolo's point about there being multiple winners in this space is already shaking out well for companies like his, Facebook, LinkedIn and others. While controversy, drama, breaking news and second-screen interactivity may reign supreme on Twitter, social media users often turn elsewhere for validation on a more personal level. Where are you most likely to announce your coming nuptials or the arrival of a newborn? Facebook. Looking for a new job and seeking to expand your professional network? LinkedIn.

Social media isn't always cause for celebration or dismay, of course. By its very nature, there will always be expectations unfulfilled. Even the most personal updates may not render the validation expected by users who opened their heart or cried into their beer while sharing their thoughts or latest achievements.

"There's no way to make something more personal than putting yourself in the story," says David Berkowitz, CMO at New York-based agency MRY. But because the social conversation is happening more instantaneously, people who share their inner-most thoughts in longer formats shouldn't expect many people to read or engage.

"The real-time dimension is not to be sneezed at," says Lieb. Despite these changes that favor the fleeting moment, Berkowitz argues that users are putting far more effort into building their profile and outward appearance than ever before.

Social Media: No One Knows Why

"This is something that people are manicuring, even optimizing on a daily basis," Berkowitz says. "Now people have options that they just didn't have before ... this is such a work in progress" in which billions of people are effectively learning by doing. "Most people, if they're really pressed to it, probably don't know why they're really doing this in one place or another," says Berkowitz.

"There's really nothing sacred right now, so it's possible that anything we think of as permanent and enduring, may or may not be able to make that leap and stay relevant," he says. "There's always been this push and pull of how much of this water cooler effect people want" with social media.

While Facebook and Twitter have grown from consumer-facing sites that now also deliver key business and marketing tools for brands, their younger counterparts are still leaving those options on the table. Some brands have begun experimenting on Snapchat, but there's no indication that it will move beyond the trial-and-error phase soon.

The company's executives have hinted that future revenue may come in the form of in-app purchases and some form of native advertising, but nothing has been announced yet. These apps are all determined to focus on growth for the foreseeable future, but if they follow the trends they could just as quickly become tools for marketing as well.

Social media gives users the tools to create customized media and entertainment, but ratings for major live events on television have never been higher. In today's world and tomorrow's, social apps "all have to figure out what itch they scratch," Berkowitz says.

Whether that's keeping things extremely private, anonymous and fleeting, or a combination of all three, the growing popularity and efficacy of spontaneous social apps is well underway.

"There's room for several players in this space," says Berkowitz. "But nowhere near how many players are in the space right now."