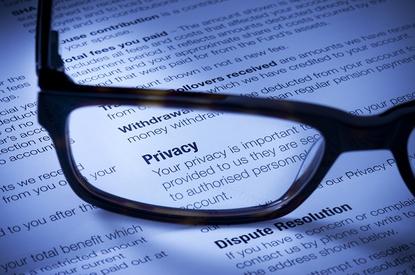 An investigation by the Australian Privacy Commissioner, Timothy Pilgrim, and the Australian Communications and Media Authority (ACMA) has concluded that Telstra breached privacy rules after 15,775 phone numbers, names and home addresses contained in spreadsheets were found online via a Google search in May 2013.

At the time, SMS Broadcast owner, Lee Gaywood, contacted the <i>Sydney Morning Herald</i> and said that he found the data when searching on Google for telco carrier access codes.

According to Gaywood, he needed to know the codes for his SMS service to work. Telstra took the files offline on 15 May after being notified of the breach by Fairfax.

According to Pilgrim, the customer information dated back to 2009 and earlier. It was accessible online between February 2012 and May 2013.

He recommended that Telstra engage an independent third party auditor to certify that Telstra has implemented planned corrections, and that the certification be provided to the commissioner by 30 June 2014.

In addition, Telstra has been ordered to review its document retention policy so that it meets the requirements of the <i>Australian Privacy Principles</i> which come into law tomorrow

“This incident provides lessons for all organisations; there is no ‘set and forget’ solution to information security and privacy in the digital environment. Organisations need to regularly review and improve security systems to avoid data breaches,” Pilgrim said in a statement.

ACMA’s report found that Telstra contravened clause 4.6.3 of the Telecommunications Consumer Protections (TCP) Code, which requires telcos to ensure that the personal information of customers is protected from unauthorised use or disclosure.

In addition, Telstra did not follow a direction from ACMA to comply with clause 4.6.3 when personal information of about 734,000 of its customers was accessible online during 2011, according to the watchdog.

The telco paid an infringement notice of $10,200 to ACMA for failing to follow the earlier direction to comply.

Telstra has been investigated by the Privacy Commissioner three times for data breaches since 2010.

The first investigation took place on 28 October 2010 when Telstra told the Office of the Australian Information Commission (OAIC) that a mailing list error had resulted in approximately 220,000 letters with incorrect addresses being mailed out.

Following an investigation, Pilgrim concluded that Telstra had breached National Privacy Principle (NPP) 2 by disclosing the personal information of some of its customers to unauthorised third parties.

On 12 December 2011, Pilgrim was on the case again after Telstra’s customer service website was openly accessible on the Internet.

The telecommunications company said it was made aware of the privacy breach and disabled its online billing, BigPond self-care and My Account functions on its website.

A Telstra spokeswoman said in a statement that it was "unacceptable" for customer information to be publicly visible and that Telstra apologised to the affected customers in May 2013.

"These customer records were only visible via a complex Google search and there were no significant complaints from affected customers," she said.

"We have since stopped using the Right Now platform and we have made significant investments into more stringent controls around our systems."

She added that Telstra accepts the view of the Commissioner that a problem with one of its IT platforms meant that customer details, such as names and addresses, were visible online for around 15,000 people.

"We will now engage an independent third party auditor to certify we have implemented the steps we committed to with the Privacy Commissioner."