A kindly reminder from Google: Don't be a Glasshole

Glass wearers should turn their devices off in places that ask people to turn off cellphones, the company said 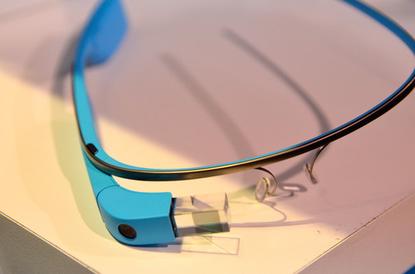 What's the etiquette for using Google Glass in public? The answers aren't always obvious, so Google has provided some tips.

"Respect others and if they have questions about Glass don't get snappy," the company said in a list of do's and don't's published over the weekend. "Be polite and explain what Glass does and remember, a quick demo can go a long way."

In other words, don't be rude or creepy -- also known as being a "Glasshole."

The headmounted computer system is still in its early days but it's starting to become more prominent, and its ability to let people surreptitiously record video and take photos has sparked questions about what's appropriate.

Some businesses have banned Glass. In other places, the question remains: Am I allowed to use Glass here?

If it's a place where cellphone cameras aren't allowed, then the same rules apply to Glass, Google said in its guidance, which is aimed at the early adopters in its Explorers program. So if you're asked to turn your phone off, you should turn Glass off too.

Breaking the rules or being rude "will not get businesses excited about Glass and will ruin it for other Explorers," the company said.

Users also shouldn't stare into their Glass displays for long periods of time, Google said; the device was designed more for short bursts of interaction. And some common-sense advice: Don't wear Glass during high-impact sports.

Google's tips don't address the issue of driving while wearing Glass. A woman in California was recently cleared by a court after being ticketed for wearing Glass at the wheel. The court commissioner said there was no evidence the device had actually been in use at the time.

Google has maintained Glass developer policies for some time now, but those policies, which address privacy and personal data collection, are aimed at those developing apps rather than end users.