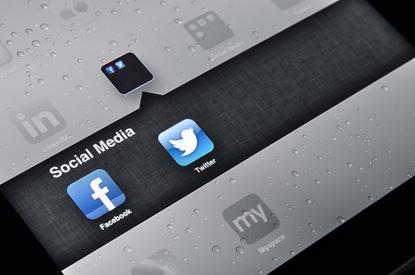 Twitter's honeymoon as a publicly traded company could be coming to an end. With growth stalling and timeline views on the decline for the first time ever, Twitter finds itself at a crossroads.

While its quest for more ad revenue continues unabated, the company faces even greater pressure to attract new users and dramatically increase engagement on the platform.

"Twitter has seen its sequential MAU growth rate decelerate sharply after hitting 50 million, raising concerns that its quirkier nature might cap its potential audience in the US at a ceiling well below that of Facebook," said Seth Shafer from SNL Kagan.

The challenge ahead for Twitter coupled with Costolo's grandiose goal puts the company in a predicament unlike any it has confronted before. It also fans the unfortunate, yet inevitable comparison to Facebook.

"Twitter needs to do something to grow to the size of Facebook but the jury is still out if there's a clear path for Twitter or any other company to do that, or if Facebook is a once-in-a-lifetime anomaly that was in the right place at the right time," said Seth Shafer, associate analyst at SNL Kagan.

Costolo hasn't helped matters by failing to meet previous internal estimates for growth either. Early last year the executive reportedly told employees that he expected to reach 400 million MAUs by the end of 2013. Failing to double its active user base last year, Twitter reported a 30 per cent increase in its stead.

"Twitter's overall MAU growth is still pretty healthy, but it's all coming internationally where users monetise at a much lower rate. US growth has slowed significantly at about 50 million MAUs," said Shafer.

Facebook blew past 50 million US MAUs without blinking and moreover, its sequential increases didn't dip into the single digits until it surpassed about 120 million users in the US, according to SNL Kagan data.

"Twitter, however, has seen its own sequential MAU growth rate decelerate sharply after hitting 50 million MAUs, raising concerns that its quirkier nature and niche focus might cap its potential audience in the United States at a ceiling well below that of Facebook," Shafer adds.

Nonetheless, Twitter's lead executive says he is optimistic about rising user growth. While the company is being careful not to make specific promises or announcements about how it will improve on these points, Costolo has frequently referenced a road map of late that lays out a strategy for achieving better growth over the course of the year.

Pointing to field research and internal data on how users engage with the platform, he hints at a series of new features and design changes that are expected to drive new user growth.

Twitter's vault of data and newfound capability to experiment with multiple beta tests simultaneously has "informed a very specific road map for the kinds of capabilities we want to introduce to the product that we believe will drive user growth," said Costolo.

He is quick to point out, however, that no single product feature or change to the platform will lead to a "quantum leap change in growth." Instead it will be an accumulation of numerous tweaks throughout the year that give him confidence. "You're going to be seeing a significant amount of experimentation of different ideas we have," he said.

While dispelling concerns about lagging growth in the recently closed quarter, Costolo said there was no specific event or trend during the quarter that meaningfully impacts how the company thinks about user growth.

Indeed, improvements made during the finals months of 2013, particularly in messaging and discovery, have already paid off. Favorites and retweets rose 35 percent from the previous quarter and direct messages jumped 25 percent over the same period, according to Twitter.

"I'm starting to see those interactions do what we hoped they would do," he said. "It's more about pushing the content forward and pushing back the scaffolding of Twitter."

The company also hopes to attract new users by simplifying its on-boarding process and dramatically reducing the 11 steps a new account currently requires.

Twitter has successfully maneuvered through its fair share of challenges before. Be it the fail whale sightings and power struggles of its early days or the feverish hunt for ad revenue of late, the company has found its way.

But now with its first complete quarter as a public company in the rear view, the demands for growth from investors will only get louder with each passing quarter.

Twitter will have to deliver some big numbers in 2014 to keep Wall Street happy, but Costolo's comments also suggest that much of that success will depend on a clear differentiation between Twitter's role in the world and that of Facebook.

"Twitter is this indispensable companion to life in the moment," Costolo said. "If you think about it as a product, I think that misses the impact and the reach of what we really believe is a content, communications and data platform."

By that distinction, the opportunities afforded to Twitter are "enormous," said Costolo. "We believe we are the only platform where you get an understanding of wide reach in the moment while it's happening."

Tapping into big data and personalisation could help, but it won't move the needle far enough for Twitter to reach the scale of Facebook, said Shafer.

Emerging from under the shadow of Facebook will be a struggle for Twitter unless it makes dramatic changes to the service or goes on an acquisition binge aimed at cobbling something larger together, he adds. And even that would be a challenge because of course, "we already have a pretty big thing like that called Facebook," Shafer said.