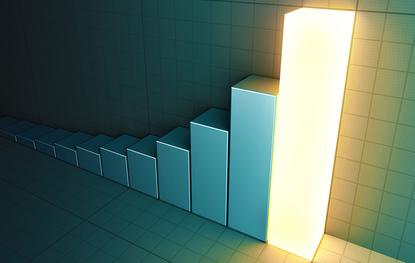 Woolworths has retained the top spot as Australia’s most valuable brand and Telstra has chalked up the highest growth of any local brand to date, according to the latest Brand Finance Global 500 list.

The annual study, conducted by brand valuation consultancy, Brand Finance, listed Woolworths as the top Australian brand and 109th in the global rankings, up from 113 last year, with brand value growth of 24 per cent. Its total brand value now stands at US$10.82 billion.

The supermarket giant was followed in Australia by Telstra in second place, which leapt 34 places to 140th in the world in the 2014 list. According to Brand Finance, the telco recorded 37 per cent value growth, the highest ever recorded by an Australian brand, and becomes one of the top 20 most valuable telecoms companies for brand for the first time. Its total brand value is now $8.3 billion.

It attributed Telstra’s success to its superior network coverage over Optus, as well as its ability to leverage the brand through its triple-play and broadband offering.

Much further down the list at 411th but still reporting 20 per cent brand value growth was Optus, with a total brand value of $3.56bn.

In contrast, Coles dropped down the rankings from 179th most valuable global brand to 196th, despite recording 7 per cent brand value growth. It is now Australia’s fourth most valuable brand, behind BHP Billiton with a brand value of $6.58 billion. Rounding out the top 5 was ANZ bank, which is now valued at US$5.92 billion.

As was reported previously in Brand Finance’s list of the top global banking brands, ANZ’s Asian market strategy, as well as its strong sponsorship campaigns such as the Australian Open, contributed to the $93 million rise in brand value.

Westpac, however, won the race for best growth across the Australian banks, reporting 19 per cent brand value growth and coming in 275th on the global list.

Not so fortunate was NAB, which was the only Australian brand in the Global 500 not to show at least moderate growth, Brand Finance stated. The Australian bank reported a $16 million increase in brand value to $4.99 billion, putting it 269th on the global list.

Topping the world’s most valuable brands was Apple, with a brand value of $104.68 billion, a brand value increase of 17.4 per cent compared to 2013. It was followed by Samsung, Google, Microsoft and Verizon, all of which reported double-digit growth.

Apple was also placed top of the list for brand value by consultancy group, Interbrand, in its global list last year. It scored top spot from Coca-Cola, which had held the position for 13 years. In total, Australian brands had a total value of $50 billion, putting the country 15th on the global list.