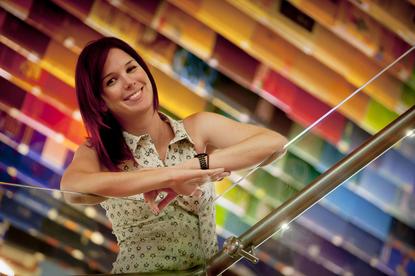 A new Australian study into how the millennial generation uses social media platforms such as Facebook has found online representations are just as valid as those made face-to-face.

Megan Pozzi (pictured) from Queensland University of Technology’s Faculty of Education surveyed students of 13 and 14 years of age and rated the way these always-on teenagers form their identities through social networking and interaction with their peers.

The All the World Wide Web’s a Stage report initially sought to understand social users through five pre-existing self-presentation categories: Supplication (where people attempt to seem needy/self-deprecating in order to get attention); exemplification (attempting to seem busy, dedicated or hardworking); intimidation (attempting to seem threatening/powerful – essentially bullying); ingratiation (using flattery/compliments in order to be seen as likeable); and self-promotion (where people point out their talents/abilities in order to be seen as skilful).

However, Pozzi quickly introduced three new categories: ‘proclamation’, where a user states what they’re doing or feeling; ‘instigation’, where users ask questions to start a conversation; and ‘provocation’, or making statements to offend or agitate others.

“This may point to the ways in which social networking has necessitated a change in the ways in which we present ourselves,” she said. “There is a common belief that the way we portray ourselves offline is authentic, while our online identity is somehow fake, but I believe all of these different representations are equally valid.”

More than three quarters of the 349 students surveyed by Pozzi had their own Facebook profile. Half of female respondents check their page more than once a day, compared with 28 per cent of males.

“People are performing their identities all the time. Whether we realise it or not we are broadcasting different things to the world depending on who’s watching,” she continued. “In particular, girls use status updates like they would fashion or music to assert themselves as an authority or as belonging to certain sub-groups.”

Related: Facebook offers more ways to express gender beyond ‘male’ and ‘female’
Facebook is sustainable for the foreseeable future, researcher claims
Facebook rejection, acceptance the study of a PHd thesis

Despite assumptions that bullying and attention-seeking would rate highly, neither were prominent in Pozzi’s research.

“Girls were more than twice as likely as boys to post a status update trying to get others to perceive them as kind, friendly or likeable by using compliments or flattery,” she explained. “The least likely strategy employed in status updates was ‘exemplification’ where participants attempt to present themselves as busy, dedicated or hardworking.”

When asked, young people said it wasn’t cool to be seen as hardworking, Pozzi told <>CMO. “Furthermore, they questioned how, if someone was so hardworking, they’d have time to post a status about how busy they were.”

While the research didn’t focus on the commercial or marketing aspect of Facebook, Pozzi pointed to recent research which indicates young people are leaving Facebook in favour of other, less restrictive social media platforms such as Snapchat.

For brands looking to position themselves through social channels, she suggested targeting young people in a more organic way that feels less contrived.

The results of the masters study will form part of a growing body of research documenting how teenagers use social media to define who they are and better understand how to teach young people both on and offline.

Pozzi said she’d like to refashion the framework used to better incorporate online spaces to understand how Facebook as a platform might play the role of ‘director’ within this metaphor. From a practical perspective, she is also interested in expanding on the growing body of research that argues online life is an extension of offline life.

For instance, many of the things that concern adults about young people online such as bullying, sexual predators, or exposure to inappropriate content are also threats in the offline world.

From a personal perspective, Pozzi is also interested in looking at the girls’ reports of supplication compared to the actual evidence in the study.