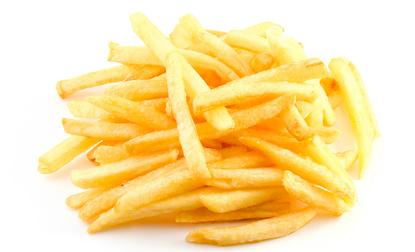 No need to "run for the border" when you want a gordita or a chalupa. Taco Bell lets you place orders with a smartphone app. The fast-food chain is testing a mobile phone-based ordering system at five Southern California locations, with plans to expand nationwide by the end of the year.

The app does what you might expect. It shows the complete menu, with all options on each item. You can choose exactly what you want before you get to the restaurant. When you arrive, you simply pick up your order. And because your credit card is registered with the app, your food will already be paid for when you pick it up.

Plus, the app does some neat tricks you might not expect. For example, you can place an order even if you're too far away to pick it up quickly. The GPS in your phone will notify the restaurant when you get close, alerting the staff to start preparing your order.

You can pick up your order either inside the restaurant or at the drive-through window.

The app is also mildly contextual. Its interface changes depending on the time of day. Pricing defaults to the menu of the nearest location. It also gives you directions to that location.

Taco Bell has been developing the app for two years, according to reports.

The fast-food industry is perfect for this kind of application. The reason is that fast-food menus are highly standardized -- even the options (hold the pickle, hold the lettuce, etc.) are standardized.

When you walk into a restaurant and order, the cashier behind the counter presses preset buttons on a big pad. The ordering system that has been in place for decades is easily replicated by a mobile app, resulting in the same outcome -- a printout or a screen display showing the complete order for the food assembly workers.

The other component of a fast-food register, of course, is the point-of-sale system -- something also replicable with an app.

Chipotle Mexican Grill is way ahead of Taco Bell. It has an app that's already usable at all of its locations. Just order your meal, then pick it up. You can even save your favorite meals for easy re-ordering later.

Other fast-food chains, such as Starbucks, Papa John's, Domino's and Pizza Hut, have had mobile ordering apps in use since at least last year.

McDonald's and Chick-fil-A are also testing mobile apps. And a company called Smashburger is teasing the release of an app this year.

KFC is testing a mobile app for the U.K. If it succeeds there, the company plans to introduce a U.S. version. It works with a QR code scan to verify that you're the person who placed and paid for the order.

Decades ago, what we now call gas stations were called "service stations." The reason they were called service stations was because, when you pulled into one, a uniformed attendant would come out, "take your order" for gas, check your oil, fluids and tire pressure, wash your windows and process your payment.

At some point, gas stations decided that some customers would rather do it all themselves for a small savings. So they offered self-service as an option. Now, they're almost all self-serve.

That's where fast food is going.

When technology for self-processing orders and payments is combined with a robotic kitchen setup, a typical fast-food joint may eventually employ only two or three people.

Fast food itself is just the beginning. Eventually, apps will be served up with a beacon system ( Apple's iBeacon is one example).

When you walk into a store, restaurant or any other kind of place where you pay for stuff, the cash register won't be a big desk with a 20th-century contraption on it. It will be an app that appears on your phone because you're inside the store. To pay for your items, and in some cases to select them, you'll use the app. Bluetooth will inform the store that you've paid for what you're carrying out, so the alarm won't sound as you exit.

This is an alternative vision to the mobile payment scenarios we've been told about. In the conventional prediction, the mobile payments app and service are universal -- like a credit card. In the fast-food vision of the future, the app is chain- or store-specific, like a Starbucks card.

The fast-food vision makes more sense. It combines a menu of services with payment options and gives retailers options for upselling, offering loyalty points, developing check-in tools, tracking customers and deploying special features that enable them to do things like wait until the customer is nearby to prepare food.

After all, why should the cash register, inventory database or menu, loyalty card and online marketing campaign be different things? They should all be an app, one for each brand, chain or store. And they should enable customers to find what they want, choose to buy it and pay for it all from their smartphones.

If it works for Taco Bell, it will probably work for just about everything.

This article, " How Apps Are Changing Fast Food," was originally published on Computerworld.com.

Mike Elgan writes about technology and tech culture. You can contact Mike and learn more about him on Google+. You can also see more articles by Mike Elgan on Computerworld.com.