More retailers, and ballparks, take a swing at location-based data 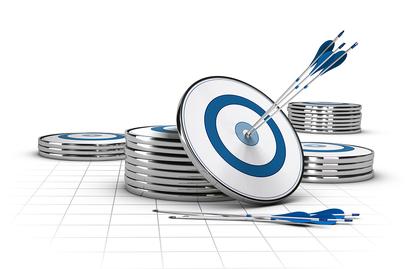 A growing number of brick-and-mortar businesses, eager to learn more about what goes on inside their walls, are turning to new technology to gather data from people's mobile phones.

This week two analytics companies active in the budding industry known as location-based marketing said that their technology, which uses Bluetooth-sensing transmitters or "beacons," would be coming to more stores. The businesses include jeweler and fashion retailer Alex and Ani, and probably many more name brand and department stores.

There's more happening outside the mall. On Friday, the Major League Baseball organization said that it had completed its installation of Apple's iBeacon technology at two of its parks -- Dodger Stadium in Los Angeles and San Diego's Petco Park -- with roughly 20 more stadiums slated to get the technology by opening day on March 31.

There's a slew of startups and indoor analytics companies trying to make headway in the industry, and different companies offer different services. But the basic idea underpinning the deployments is to let businesses gather new information about their customers, like foot traffic and dwell times, and send them promotions, using signals from their mobile phones. Everything is supposed to be super-localized, so a consumer might get pinged on their mobile phone about a particular perfume or cologne, but maybe only if he or she walks by the makeup aisle.

MLB said that it would be developing new features for its At the Ballpark mobile app, which would talk to Apple iBeacons installed throughout the parks. Based on a demo last year of the new app, the features might include digital videos or photos surfaced at points of interest around the stadium, or coupons that appear if a person walks into the souvenir shop.

An MLB spokesman said it was too early to say what sorts of data might be gathered from customers in the process.

But this much is clear: Retailers, or sporting venues, hope to expand their business with the technology. It's a big investment they're making. And sometimes, the technology requires the consumer to download a particular mobile app, which could lower the return on that investment if customers aren't on board with it. Alex and Ani's rollout is based on its deployment of technology from Swirl, which uses Bluetooth low-energy beacons in stores to push offers to customers, and gives the retailer tools to measure shoppers' activity in the store.

Alex and Ani said Thursday that it had deployed Swirl's technology in more than 40 stores nationally, with further plans to leverage the technology in authorized retailers like department stores.

But only customers who have an app, either Swirl's app or the retailer's app made to integrate with Swirl, can interact with the beacons. And the store only gathers data from people who have the app and have opted in, a spokesman said.

Still, the industry is growing. Late last year, The Future of Privacy Forum, a Washington, D.C.-based think tank focused on advancing responsible data practices, estimated that roughly 1,000 businesses in the U.S. and Canada were using some form of mobile location analytics technology. This week, Shopkick, another technology company, said that its beacons would be deployed in more than 1,000 stores by the end of March, after an initial rollout in two Macy's stores last November.

The company declined to specify which new stores it would be heading to next. But major brands are likely to be in the mix, given its Macy's pilot, which was followed by a deployment in 100 American Eagle clothing stores.

Shopkick could see success with its technology. The company cited recent data from Nielsen that said that its shopping app was used more than any other physical retailer's own app.

Issues around privacy, however, could derail companies' plans. Nordstrom for a period last year followed Wi-Fi signals from people's phones, but later ended the project after receiving some negative reactions from shoppers. Many retailers are still trying to figure out the best ways to educate shoppers about what they're doing.