Klout may be acquired by marketing firm for $US100 million

Lithium Technologies will pay more than $US100 million, according to published reports 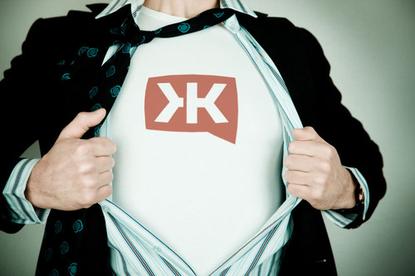 The website that provides social media users with a measure of their "influence" is close to being acquired by a social marketing company for $US100 million, according to published reports.

The supposed buyer, Lithium Technologies, helps major brands use social media to grow their businesses. It will acquire Klout for a mixture of cash and stock in a deal worth somewhere in the "low nine figures," according to Re/code. That would put the deal somewhere north of $100 million, a price The Wall Street Journal also reported.

Re/code, which cited unnamed sources, cautioned that the deal had been signed but not closed.

Klout and Lithium are both privately held companies based in San Francisco.

Klout users can see their relative influence on the Web ranked on a scale from zero to 100. The calculation is based on how many people their social media posts reach, the people they reach and the people that interact with them.

Klout also offers "perks" to users with particular levels of influence. At present, some users are being offered a free e-book, while others have been offered coupons for fast food, drinks and access to events. The hope is that these "influencers" will tweet about the products and provide the companies exposure.

It may be working. Klout's website lists scores of tweets related to the promotions, and the company says it has delivered 1.25 million "perks."

Klout has just revamped its website to suggest content that it thinks will be attractive to people's followers. It's intended to help users build their brand and connect with more users, and in turn lead to a closer relationship between Klout and its influential users.

Klout claims to have scored half a billion profiles.

While not as well known, Lithium helps companies build websites, blogs, apps, social media and other Internet tools to try and build strong links between companies and their customers. Lithium says it works with more than 300 brands.