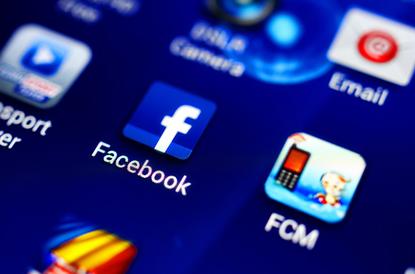 While Princeton University researchers predict Facebook could shed 80% of its users over the next few years, a Carnegie Mellon University computer scientist has the social network's back and says Facebook's prospects are good.

Post-doctoral researcher Bruno Ribeiro of Carnegie Mellon's Computer Science Department has published a paper in which he describes a new model for predicting the growth or demise of membership-based websites, such as social networks. In the study, Ribeiro uses six years' worth of data on daily user activity to divvy sites into those that are self-sustaining, like the now 10-year-old Facebook, and those that rely more on marketing and news coverage to survive.

+ Also on NetworkWorld: Facebook turns 10 -- A look back at the milestones +

The self-sustaining sites are marked by having members who prod or inspire more passive users into remaining at least somewhat active. The sites themselves also exhibit behavior designed to spur activity among members. "If this model is correct, social network sites will try to make your friends' lives seem more interesting and your feedback on their posts more urgent," Ribeiro said.

Some teens may indeed be anti-Facebook
Facebook asserts its success of mobile with another strong quarter
At 10, Facebook strives not to be your granny social network

Though Ribeirio does caution that even successful self-sustaining sites can get taken down by upstarts, as Facebook did to MySpace (which is now back).

Sites aside from Facebook seen as self-sustaining by Ribeiro include the Huffington Post and LinkedIn, whereas Flixster.com, OccupyWallSt.org and TeaPartyPatriots.org fell into the unsustainable category.

Facebook will no doubt embrace the CMU report, unlike that of Princeton's, which the social network responded to with a cheeky research report in which it argues that Princeton "may be in danger of disappearing entirely."

Ribeiro hopes his model, which goes beyond pure membership numbers and growth rates, will help those building and investing in websites gain a better understanding of how to keep their sites active.

Ribeiro will present his research at the World Wide Web Conference, April 7-11, in Seoul.