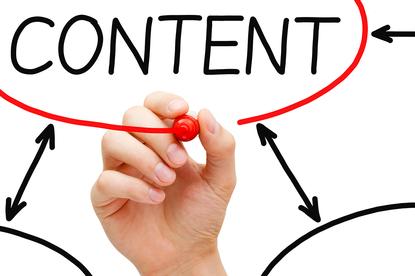 Marketers looking to generate a dialogue with consumers have to think like publishers and understand the whole customer experience, not just measure it, if they’re to be successful, two CMOs claim.

The comments were made during a panel session launching the Starcom MediaVest Group’s (SMG) latest Media Futures report, an annual report which looks into the state of the advertising landscape.

For the first time, the SMG report detailed investment in owned and earned media assets and predicted 7.8 per cent growth for the next year, nearly triple the increase in paid media budgets expected this year (2.2 per cent). The report defines owned assets as those maintained by advertisers, such as websites and YouTube, while earned assets are those that elicited consumer responses.

Over the past year, the three largest growth areas in terms of usage have been social connection, CRM and mobile.

According to Suncorp executive general manager of marketing, Mark Reinke, rising investment levels into owned and earned media channels are raising the stakes when it comes to time and effort spent on activity and content.

“We’re finding this not just a technical challenge, but also a cultural one,” he said. “We’re a bank, insurance business, life company, and an investment business. What you’re starting to see with this fragmentation of audiences, proliferation of channels and socially-connected consumer is that you have to think like a publisher. And it’s a challenge to move your models that way.

“The thing we know is that the value is going up, the shelf life is down, and the cost of doing it [content] is at least the same or more.”

With 16 brands in its portfolio, Suncorp is actively undertaking test and learn activities with different types of content for individual brands, such as its AAMI advertising with the Rhonda and Ketut story series.

“We find it easier in more discrete brands with deep connections to their audience, such as Shannons, where we spend a lot of time on deeply connective content for that audience,” Reinke continued. “The biggest challenge is trying to work out how to evolve our models, and which partners to work with.

“We just don’t have that recipe yet. We’re trying a number of things, but what we clearly know is it’s part of our future.”

Fellow panellist and head of Virgin Mobile, David Scribner, saw the biggest issue for CMOs in the new age of dialogue-based customer engagement to be business structure and ownership.

“How do you get the team to look and structure against holistic customer experience?” he asked. “Throw in retail, call centres and a customer who wants to be dealt with as one by a company. Structurally, it’s really impactful and that leads to how you manage risk.

“You need the right people who have that breadth of visibility to understand firstly what they’re putting on, and then what is the risk [of those activities].

“That doesn’t mean you can’t partner up with other suppliers and media owners, but in that instance you must ensure they understand the brand as well as you do. As a marketer, you just don’t have the cope to understand the kind of [channel] breadth you need to have without the assistance of media companies and owners to do that.”

How you can be a digital CMO
8 things you should know about the modern CMO
Marketing predictions 2014: Targeted and more effective content marketing

Another concern cited by Reinke is that owned and paid media become the “shiny new toys” of marketing, rather than a valuable addition to a longer-term customer approach.

“We have seen a lot of that with social in the last three to four years, where marketers haven’t always used these sufficiently to derive a return,” he commented. “If we overshoot and go for maximum touch and volume, we will create consumer fatigue, which isn’t good for any of us.”

Reinke identified two trends globally as marketers strive for dialogue, rather than monologue, with customers: Engagement at a campaign level, and engagement at a relationship level.

“Campaigns tend to still be shallower forms of engagement, of shorter duration and more around entertainment. They don’t change or solve a consumer problem and I’m concerned about fatigue occurring there,” he said.

“At a relationship level, things build over time and you’re solving an innate consumer problem, whether it gives the consumer control or an experience they just can’t get with any other brand… If we spend more energy on the second, we’ll avoid fatigue. If we don’t, it [owned and earned] will become the spam of the next 10 years and consumers will be highly discriminate.”

The SMG Media Futures report is in its 29th year and was based on surveys of 600 media and advertising executives from November to January.

Across the board, advertisers expect an overall increase of 2.6 per cent in budgets, while their media executive counterparts anticipated spend to increase by 2.8 per cent.

While usage continues to be dominated by traditional mainstream channels such as TV, online branding, radio and out-of-home advertising, the greatest growth in 2014 will be across channels offering personalisation and participation opportunities. Among these are mobile advertising (64 per cent growth) and online affiliates (36 per cent growth).

SMG executive director of product, analytics and emerging capabilities, Di Richardson, noted broad channel usage in 2014, rather than a reduction in spending across specific channels. The exception is print, where spending on media newspapers and magazines is forecast to decrease by 2.7 per cent and 8.9 per cent respectively.