New annual study from Brand Finance reports ANZ Bank's brand value increased by US$93m over the last 12 months, although it was the smaller banks in Australia that recorded the best gains 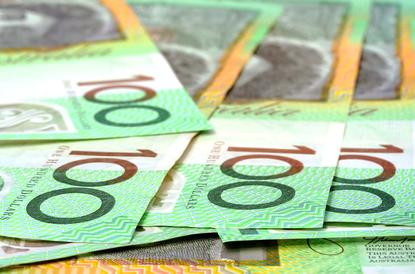 ANZ Bank has come up trumps as Australia’s most valuable banking brand in a new ranking of the world’s biggest banks.

ANZ came in 39th in the world in the latest annual study conducted by brand valuation agency, Brand Finance, with a total brand value of more than US$5.9 billion (AUD$6.8bn). This represented an increase of US$93 million over the past 12 months.

In a statement, the agency pointed to ANZ’s strong financial year, and excellent marketing and sponsorship activities, as key to this growth. A particular highlight was the bank's sponsorship of the Australian Open and exposure to the Chinese audience after female tennis professional and Chinese national, Li Na, made it to the final.

Commonwealth Bank, which led the list of Australian banks in the Brandz Top 100 Most Valuable Global Brands study released last May in 48th place, was ranked 42nd in the Brand Finance list with a brand value of US$5.47bn. On that list, ANZ Bank came in 52nd and was assigned a brand value of $16.6bn.

Westpac also put in a solid performance, growing its brand value by 19 per cent to US$4.9bn and rising from 53rd to 48th in the latest Brand Finance list. It was just beaten by NAB, which ranked 46th with a brand value of US$4.99bn.

While much further down the list of rankings, smaller and boutique Australian banks proved to make the most gains over the past year, led by BT Financial Group, which grew 93 per cent year-on-year to a total brand value of US$625m. The group ranked 203rd globally this year, jumping 93 places in 12 months.

Suncorp was also up 28 per cent, while Bankwest saw an increase of over 20 per cent and improved its brand rating from AA- to AA.

“The brand rating is a benchmark of the strength, risk and potential of a brand, suggesting that Bankwest is poised for further improvements next year,” Brand Finance said in a statement.

In total, Brand Finance said Australia’s total brand value as a country was US$29.81bn, placing it 10th in the list of countries.

Brand Finance valuation director in Australia, Richard Haigh, said the result was the highest ever recorded by Australia since the global rankings began eight years ago. The group had initially expected Australian banking brands would fall down the lists as foreign banks recovered from the global financial crisis, but this hasn't proved the case.

The value of brands is based on determining royalties a corporation would have to pay to licence the brand, as well as a brand rating benchmarking the strength, risk and potential of a brand relative to its competitors. The study was published in The Banker magazine in February and in its ninth annual edition.