The social network, now a billion-plus members strong, has reached the end of its first decade 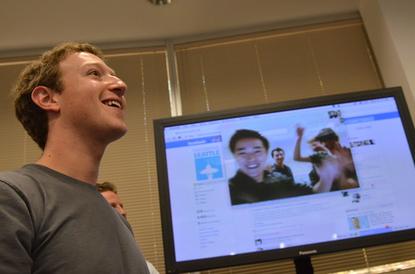 Facebook will celebrate its 10th birthday on Tuesday, an occasion likely to spur an outpouring of reflection on its past and speculation about its future.

Mark Zuckerberg launched "Thefacebook" from his dorm room at Harvard University on Feb. 4, 2004. The site was conceived as a way to connect students, and let them build an online identity for themselves.

It has since expanded to cover a large swath of the planet, with more than 1.2 billion people -- one-seventh of the world's population -- using its site on a monthly basis, according to the company's own recent figures.

Zuckerberg reflected on the 10-year milestone at an industry conference in Silicon Valley this week. Not surprisingly, at the start he never envisioned Facebook becoming so large or influential. After launching the initial version, "it was awesome to have this utility and community at our school," he said at the Open Compute Project Summit.

He figured at the time that someone, someday would build such a site for the world. "It didn't even occur to me that it could be us," he said.

Since then, Facebook's site and its business, now a public company, have changed dramatically. There are now more than a trillion status updates, text posts and other pieces of content stored within its walls -- the company is trying to index them as part of its Graph Search search engine.

The company was slow to react to the important mobile market, and when it went public in 2012 investors were skeptical it would be able to monetize its service on smaller screens. But this week it reported that more than half its ad revenue now comes from mobile devices.

All the while, Facebook is making its ad business smarter, using targeting tools to show ads it deems most relevant.

The company is also experimenting with new ways to present content. Next week it will release Paper, an iPhone app that provides a new way to share photos and published articles.

It's part of a larger effort Facebook hinted at this week to release a variety of standalone apps for different tasks.

The company is also trying to bring the Internet to more people in the world, an effort that's part philanthropy and part business sense as Facebook aims to reach its next billion users. Asked this week why he launched the project, called Internet.org, Zuckerberg suggested he feels a weight of responsibility.

"There aren't that many companies in the world that have the resources and the reach that Facebook has at this point," he said.

The company hasn't said yet how it plans to celebrate the anniversary, except that it will talk about how it has "changed the world" in the past 10 years, and what the next decade might hold in store.

It's not the only milestone Zuckerberg has coming up: In May, he'll celebrate his 30th birthday.