The rise of wearable computing is changing how consumers interact with the world and how they will search for information in the future, the new chief of Blue Star Group’s Interactive marketing services division claims. 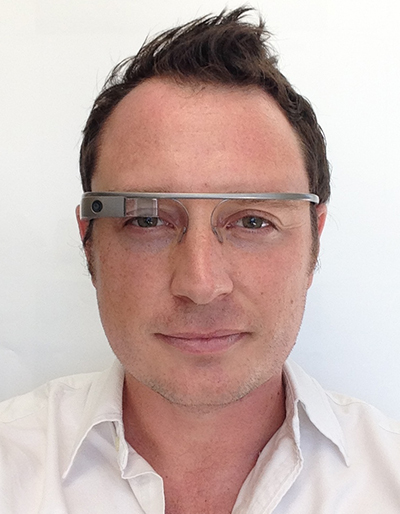 David Francis told CMO text-based platforms represent the first generation of digital search engines, while voice-based search has become the second. With the rise of multimedia-based social platforms, mobile adoption and technologies such as Google Glass, the lens is on track to be the next generation search platform for consumers, he claimed.

“We’re increasingly becoming used to the computer seeing things and recognising the world on our behalf,” Francis said. “Platforms like Snapchat and Instagram have ensured people are now used to viewing the world through digital devices.

“It’s not just the millennials, but also older generations who are creating photos and rich digital content.” The comments followed the launch of Blue Star Group’s new Interactive division, which will focus on delivering augmented reality (AR) and contextual marketing services to brands. These include bespoke AR apps and technology development, along with campaign-based creative and delivery support for smart devices.

The new division is headed up by Francis, a creative technologist who has worked on AR-based campaigns for 20th Century Fox, Stockland and Target. He has spent the last three years delving into contextual marketing trends ranging from AR and virtual reality to geofencing, Bluetooth beacon micro location technology, and adaptive big data.

In a statement, Francis said Blue Star was looking to help brands bridge the gap between marketing activities and new technologies such as wearables and the Internet of things.

“Marketers need to be ready to take advantage of this next wave,” he said. “The way that people perceive and experience the world is going to be shaped by these augmented reality tools.

“For marketers today, content is absolutely king. But as readers become users and mobile becomes the first screen, context is now queen. Augmented reality technology allows us to robustly visualise a clear and defined path to purchase using mobile and tablet applications. And it can collect key behavioural data.”

AR reached the apex of the Gartner hyper cycle about three years ago, but dropped from view in more recent times. While Australian organisations were quick to embrace the technology, Francis admitted they were potentially too early, jumping in before the technology was robust, usable and affordable enough.

“Since then, the technology has come light years forward,” he claimed, pointing specifically to advances around wearable computing, more powerful computing devices, and widespread adoption of larger-screened smartphones.

Another challenge to date has been the relatively low level of understanding around AR’s application. Francis also claimed there are also a range of technologies that are branded ‘AR’ but actually aren’t, further muddying the waters.

Francis saw AR eventually being used across all types of industries, and pointed out it is already gaining traction in the mining, oil and education sectors. The low hanging fruit, however, is marketing and advertising.

“Many people in the big data world are paying attention to AR because it gives them a highly specific data source around what people are looking at going forward,” he added.