Australian wealth management giant, AMP, has appointed its first director of brand and marketing as it moves to build deeper levels of customer engagement.

Helen Livesey was previously the director of brand at AMP and has spent the past 15 years with the group. Among her jobs was leading the developing of AMP’s new logo in 2011. She also previously undertaken brand and marketing activities for a number of financial services firms locally and in the UK including Royal Bank of Scotland, Lloyd’s and Westpac. 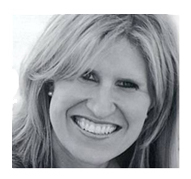 In the newly created role, she will now be responsible for leading the company’s direct-to-consumer engagement strategy, as well as support its distribution channels. Livesey reports directly to AMP chief customer officer, Paul Sainsbury.

“This role will be key in driving deeper customer engagement as AMP moves towards being an increasingly customer driven organisation,” Sainsbury said in a statement.

“I am looking forward to taking on the role at an exciting time for AMP as we focus on improving the customer experience and moving to a more content-led approach to build greater engagement,” Livesey added.

The new appointment comes three months after AMP announced a complete restructure of its company leadership team, a move that CEO, Craig Meller, said reflected its plans to be increasingly customer-driven.