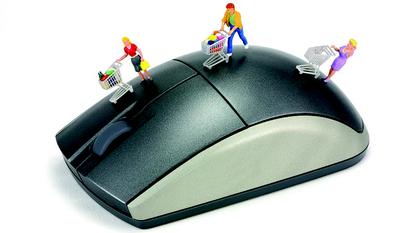 Increasing numbers of shoppers are choosing to make purchases online and are happy to share their location and mobile phone details with retailers in exchange for value.

The new global IBM Institute Business Value Global Consumer Study found 27 per cent of respondents last shopped using an online channel, double that recorded in the previous year’s survey. By contrast, physical store shopping declined from 85 per cent to 72 per cent between 2012 and 2013.

While showrooming, or the practice of consumers checking out goods in-store only to then purchase them online, has previously been cited as a major danger to bricks-and-mortar retailers, IBM claimed the nature of online purchasing today has downgraded the threat. Research by Google in May last year found 84 per cent of shoppers are using their smartphone to help make purchases while in-store, with just over 50 per cent doing price comparisons.

Although the percentage of IBM's respondents engaged in showrooming activities grew 2 per cent year-on-year, only 30 per cent of all online purchases resulted from such activity, a drop of 20 per cent compared to 2012. Instead, 70 per cent of line purchases were made by shoppers that went directly to the Web, IBM stated.

The IBM survey of 30,554 consumers across 16 countries was aimed at understanding attitudes towards omnichannel retailing as well as how willing individuals are to share information such as their social handle, location and mobile number (SoLoMo) with retailers.

The biggest percentage of survey respondents (40 per cent) are ‘transitioning’, IBM said, while 29 per cent are ‘tech-intrigued’.

“IBM’s study shows consumers are willing to share details about themselves, particularly if they receive a personalised experience in return. It’s imperative that retailers enact a big data and analytics strategy that ensure they use consumer information wisely, gaining their customers’ trust and loyalty by providing value in exchange.”

When it comes to the most important omnichannel capabilities to consumers, price consistency across shopping channels was the most highly prized attribute, followed by the ability to ship items that are out of stock in-store directly to their home.

Rounding out the top five in IBM’s survey were the option to track the status of an order; consistent product assortment across channels; and the ability to return online purchases in-store.

“While omnichannel retailing – the practice or providing consumers a connected, personalised experience across online, mobile and in-store channels – is the stated goal of nearly every retailer, consumers aren’t asking for it per se,” IBM stated. “They simply expect to be able to use their technology in all aspects of their life, including how they shop.”