New Frost and Sullivan finds digital advertising expenditure hit $3.74bn in 2013, up 16%, and is expected to continue outperfoming other channels between now and 2018 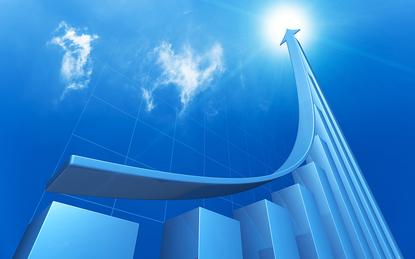 Australia’s online advertising market represented more than a quarter of total advertising expenditure in 2013 and outperformed all other media channels for the year despite experiencing slower growth.

Digital advertising was the strongest performer across all types of channels, outpacing traditional media such as print, TV, outdoor and radio, although the pace of growth has slowed over the past decade. For instance, from June 2011 to June 2012 online advertising grew at a rate of 20 per cent, whereas from June 2012 to June 2013 it dropped by 4 per cent.

The leading online advertising segment was search advertising, which increased 23 per cent in 2013, followed by online general advertising, which rose 12 per cent. Online classifieds chalked up 11 per cent growth, while online directories grew by 4 per cent. Search is expected to continue to outperform the other three major online segments between now and 2018, Frost and Sullivan stated.

Not surprisingly, the fastest growing segments in the Australian online advertising market are mobile and online video, and both are expected to outperform the market significantly over the next five years. Mobile advertising, for example, is forecast to grow at a Compound Annual Growth Rate ( (CAGR) of 39 per cent between 2013 and 2018, while video advertising is expected to grow at 31 per cent.

By that time, the research group claims 70 per cent of overall advertising served on mobile devices will be to tablets. The prediction echoes the last quarterly online advertising expenditure report from the Interactive Advertising Bureau (IAB), which showed tablets representing just under half of the mobile device category.

Frost and Sullivan also noted Australia’s total advertising market is experiencing slower than average growth in 2013, a reflection of the overall below par growth of the local economy.

Given the short-term economic outlook for Australia is still uncertain, Frost and Sullivan said it expects overall advertising expenditure in FY2014 to remain relatively flat, and offered up a CAGR prediction of 2.8 per cent between 2013 and 2018 to $16bn.

“Online advertising expenditure is forecast to significantly outperform the more mature offline advertising channels [free-to-air TV, pay TV, radio, magazines, outdoor, cinema and print directories] over the next five years, with a CAGR of 12 per cent, increasing to $6.59 billion, its proportion accounting for 41 per cent of the total advertising market in 2018,” senior research manager, Australia and New Zealand ICT practice, Phil Harpur, commented.

“Strong increases in spending intentions for 2014 are predicted by advertisers across all online general advertising products, in particular for online display and email campaigns.”