Pinterest buys VisualGraph to better understand all those pins 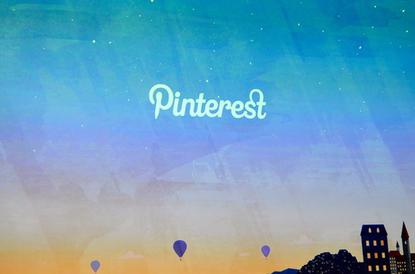 Pinterest, the website known for cooking recipes, sought-after shopping items and photos of who knows what, wants to better understand -- and capitalize on -- the content posted by its users.

On Monday the company announced its acquisition of VisualGraph, an image-recognition startup that has developed technology to analyze images across the Internet and uncover the connections among them. Given the large amount of photos, or "pins," that people post across Pinterest's site, the technology could help the social media company learn more about how people use its site, and usher in new business deals in response.

The purchase of VisualGraph is a noteworthy move for Pinterest, which was founded only in 2010 and is not generally known for its acquisitions. Terms of the deal were not disclosed.

The way that many people use Pinterest puts it in a unique position for advertising -- something that the company only recently started dipping its feet into. Pinterest is a site that lets its users gather content like photos of retail items, recipes or inspiring photographs, and then "pin" the content to their profiles on Pinterest's site, which are called "boards." Many retailer sites, like REI or Forever 21, already have the pin button on certain product pages, so people can easily add those items to their boards from those sites.

Because many of those pins depict commercial products, it would make sense for outside retailers and merchants to want to place their own promotional content on Pinterest's site. So far that type of integration has been minimal, as Pinterest only started rolling out with promotional content late last year, without charging retailers for it.

But with VisualGraph's technology, as Pinterest gathers more information about the images its users post, that information could become valuable for strengthening the site's integrations with outside businesses.

Pinterest's content is 99 percent image-based, but the problem is that images don't lend themselves easily to analysis, "which is a prerequisite for delivering powerful new features to both users and advertisers," said Karsten Weide, an industry analyst with IDC.

"VisualGraph's technology will help solve that problem," he said.

"In terms of revenue potential, it could be enormous," echoed Nate Elliot, an analyst with Forrester Research.

In an email, a Pinterest spokeswoman said, "We hope to build better image recognition technology that helps us understand what people are pinning so we can help people find more things they love."

Pinterest declined to comment further on the deal. But the technology could potentially provide some changes for Pinterest's users too on the front end, judging from VisualGraph's site.

One change could come in the form of enhanced search tools. In its announcement, VisualGraph described its approach as combining machine vision tools with large-scale distributed search and machine learning.