Snapchat, feeling the heat, will let users opt out of compromised feature 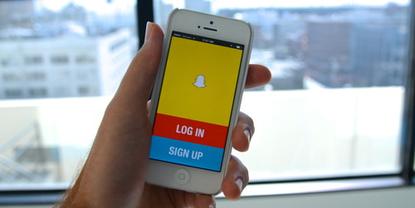 Snapchat, reeling from a recent hack that exposed millions of user names and partially redacted phone numbers of its members, will now let users back out of the feature that hackers abused.

The company also said it would improve some mechanisms, including a tool known as "rate limiting," to combat future attempts to abuse its service.

In August, security research group Gibson Security warned Snapchat of a flaw in its "Find Friends" feature that could allow account details such as user names and phone numbers to be leaked. Last week, the group published proof-of-concept code showing how Snapchat's API (application programming interface) could be abused to expose that information. Then, on New Year's Day, a group of hackers paired the phone numbers with the user names of more than 4.6 million Snapchat users and posted them online. The hackers said that they could complete the partially redacted phone numbers if people asked them to.

The "Find Friends" feature gives people the option of giving Snapchat their phone numbers so other users can find them, if they're in their friends' address books.

In a blog post on Thursday, Snapchat said it would update its app to let users get out of the Find Friends feature so they could no longer be found through their phone numbers. Snapchat did not say when the change would be coming, and could not immediately be reached for further comment. Snapchat also did not say what it would do with the phone numbers of the people who subsequently opted out.

In its latest blog post, the company seemed to distance itself from a previous statement that took a more casual tone toward the incident, instead sounding more serious around its security.

"We want to make sure security experts can get a hold of us when they discover new ways to abuse our service so that we can respond quickly to address those concerns," Snapchat said. Last week, the company acknowledged the concerns, but characterized them as being more theoretical, given other safeguards put in place over last year.